Ghanaian Investigative journalist, Manasseh Azure Awuni, has dropped an African proverb on his Facebook handle, and it is ringing some bells.

The quote reads: “The serpent does not give birth to a bird.”—An a African proverb 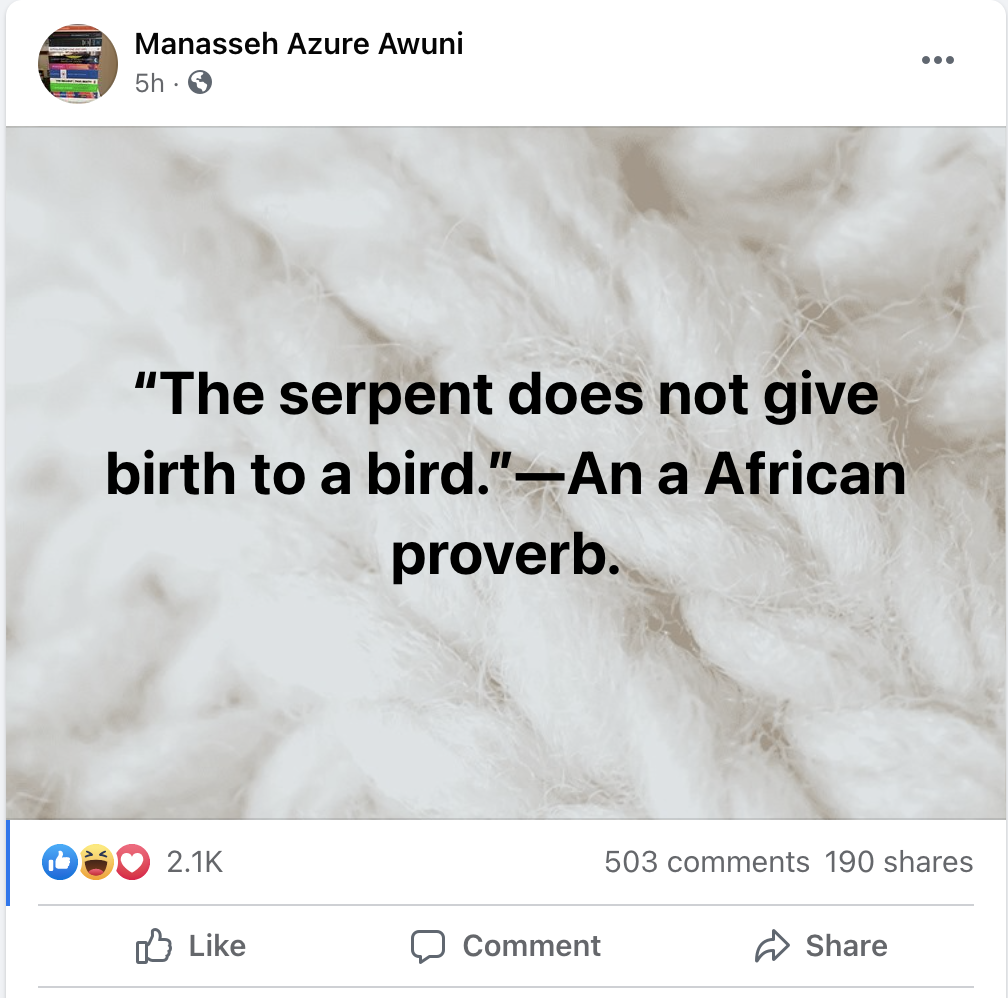 This is coming at the back of reports that Eugene Arhin, the Communications Director at the Presidency, is facing issues with his wife after she filed for a divorce.

In the court writ that has spread on social media, the wife Gloria Arhin is asking for half of all the properties they acquired together as husband and wife.

From the writ,one can see that Mr Arhin has a lot of assets chalked in his name and this has got people asking how he got the money to fund them.

Talking of the use of ‘serpent’ in Manasseh Azure’s post, former Special Prosecutor Martin Amidu upon his resignation called President Nana Addo a “Mother serpent of corruption”.

So is Mannaseh Azure implying that Eugene Arhin is the ‘son’ of Nana Addo so he can’t be any different from his father?