There are levels in stealing and this young man has just set an unbreakable record. According to social media comments,…

There are levels in stealing and this young man has just set an unbreakable record. According to social media comments, a thief whose name is yet to be established has stolen household items such as TVs, decoder, travelling bag among others.

And in addition, he stole the security dog guarding the house he stole from.

Twitter user @peter_ameh who shared a photo of the suspect, said the robbery incident took place in Magodo.

Just to cut a long story short, The guy broke into a House in Magodo, Lagos & stole two Television sets, a decoder & other items. As if dat was not enough, he stole the Security Dog too 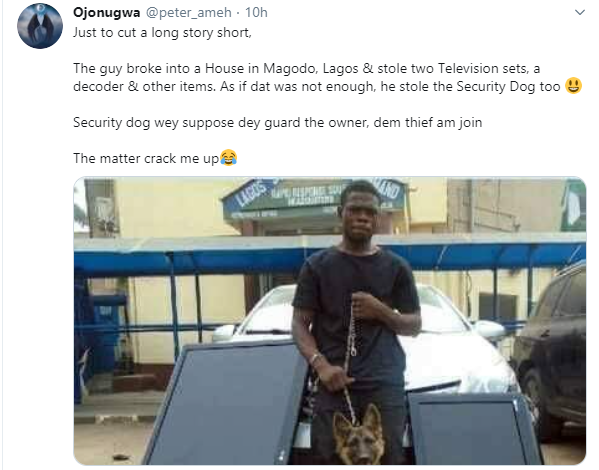