Hisham Ashmawy, a former special forces officer turned top Islamist militant has been executed by Egypt for his involvement in…

Hisham Ashmawy, a former special forces officer turned top Islamist militant has been executed by Egypt for his involvement in several high-profile attacks.

The Officer-turned-extremist was hanged on Wednesday morning in Cairo, said the army.

‘The execution by hanging was carried out based on a decision by the military court … and after taking all the relevant judicial procedures,’ said army spokesman Tamer al-Rifai.

Mr. Ashmawy, who was accused of killing 54 people in total and was convicted on several charges, including plotting a 2014 attack that killed 22 military guards near the frontier with Libya. 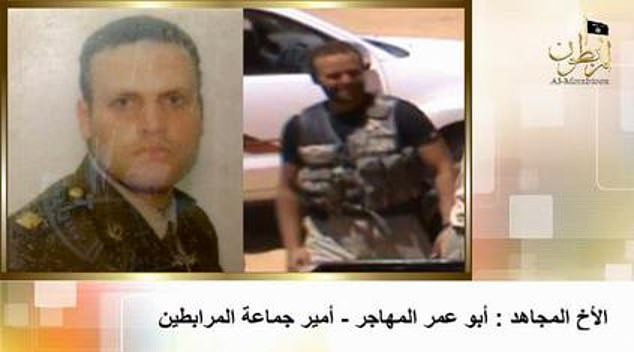 On Monday, a Cairo court sentenced him to death along with 36 others for 54 crimes including killing police officers and blowing up several security installations.

Back in November, he was also convicted by a military court over his role in 14 crimes including the 2014 killing of 22 soldiers in a border post-attack, and a 2013 assassination attempt on a former interior minister, who survived the attack.

Papaga Bless is the Co-founder of celebritiesbuzz.com.gh. He loves good music - dancehall and country music his most favorite. You can contact him on [email protected] or call/Whatsapp on +233540222546. Or connect with him across social media handles, @papagabless
Comments
Leave a ReplyCancel reply