Two children have been injured after a car hit a group of pedestrians outside a primary school in England this morning.

The car reportedly went up the kerb and hit a bus stop, injuring 6 people. The accident occurred shortly after 8.30am at a time when the area would have been busy with parents dropping off their children.

A witness at the scene, which was covered in thick fog this morning, told local reporters that the car had hit a bus stop.

“I ran outside after hearing a huge bang – it was a really deep thud. It seems as though the car has gone up the kerb, which is quite a way down, and ploughed into the bus stop. I really hope everyone is okay.”

Ambulance crews said they were treating six people at the scene near Springhill Academy in Burntwood, West Midlands. 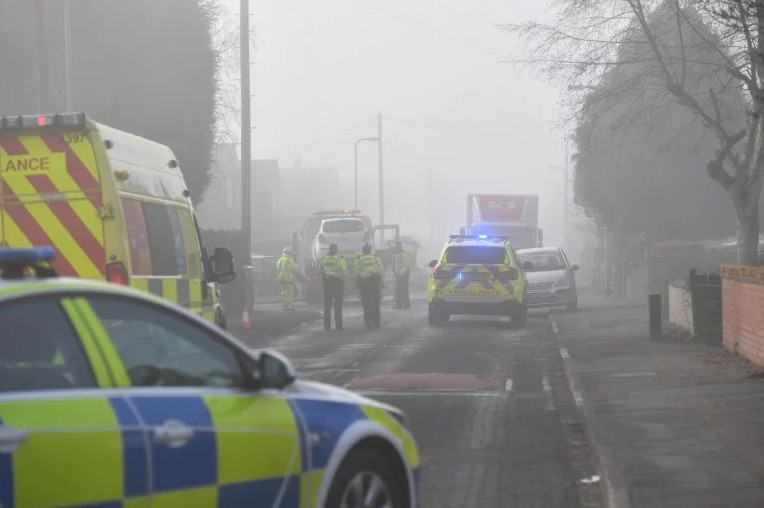 “We were called to Springhill Road, Burntwood, at around 8.36am today. Six people have been injured. We are still assessing the injuries. Three ambulances are currently at the scene.”

Police said that their injuries were ‘minor’ and received treatment at the scene. No arrests have been made.

“We are aware of an incident outside school this morning however, at this stage, we are unable to make a comment.”

Donald Trump finally wears a mask in public for the first time since the start of the coronavirus pandemic.

‘No man can be a King without a Queen’ – Stonebwoy praises his wife Dr. Louisa

“Forgive me if I overreacted”; Funny Face apologises over his fight with Lilwin on UTV