Following Bulldog’s arrest by the BNI after making certain comments on UTV, he has been benched from appears on the television station for the time being.

Due to this, he has been exempted from tonight’s show.

Mzbel, Kwame A Plus, movie Producer Kofi Asamoah and Arnold Asamoah-Baidoo are the guests in the house hosted by Empress Nana Ama Mcbrown.

Well, as it stands, some fans have taken to social media to express their opinion on what they think about the show without Bulldog.

Comments sighted sees a couple of people saying that the show is boring without the artiste manager.

See some comments below: 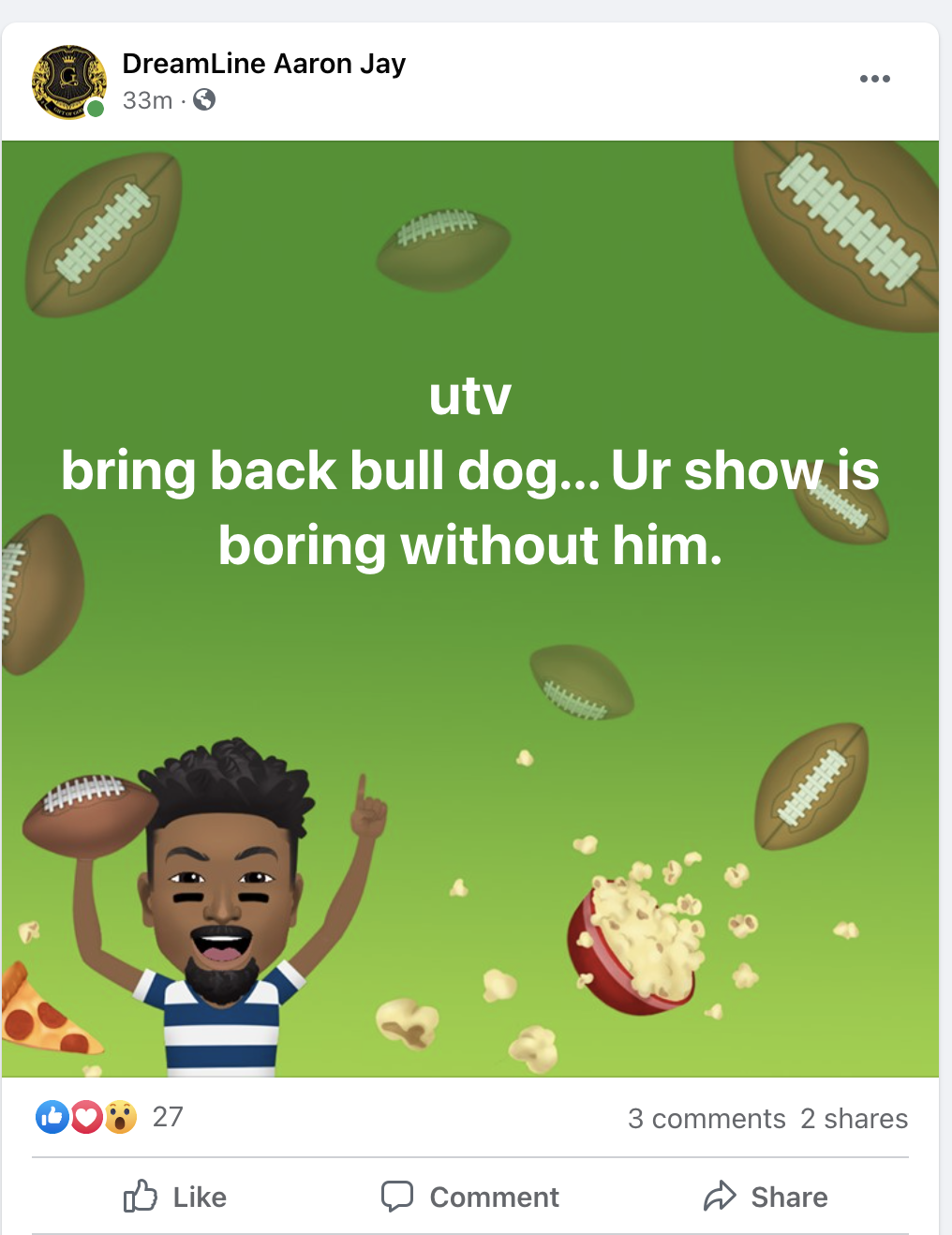