Verbal assault ensued between Stonebwoy and some users on Twitter after he congratulated Nigerians over Wizkid and Burna Boy’s Grammy Awards win.

The Ghanaian dancehall and reggae artist Stonebwoy took to Twitter as he called out all African Nations to applaud Nigerian artists for constantly portraying the image of Africa to the world of entertainment.

In a tweet, Stonebwoy said he’s proud of how Nigeria keeps making Africa proud at the world scene in the entertainment sector.

“With All Due Respect Let All other African Nations Give It Up For Nigeria ?? For their Constant efforts in Holding the Mantle for Africa when it comes to entertainment On The Global Scene. Congrats for holding it down at the Grammys.‘, he wrote.

After Stonebwoy’s message on Twitter, he showed some disappointment in Ghanaian artists. 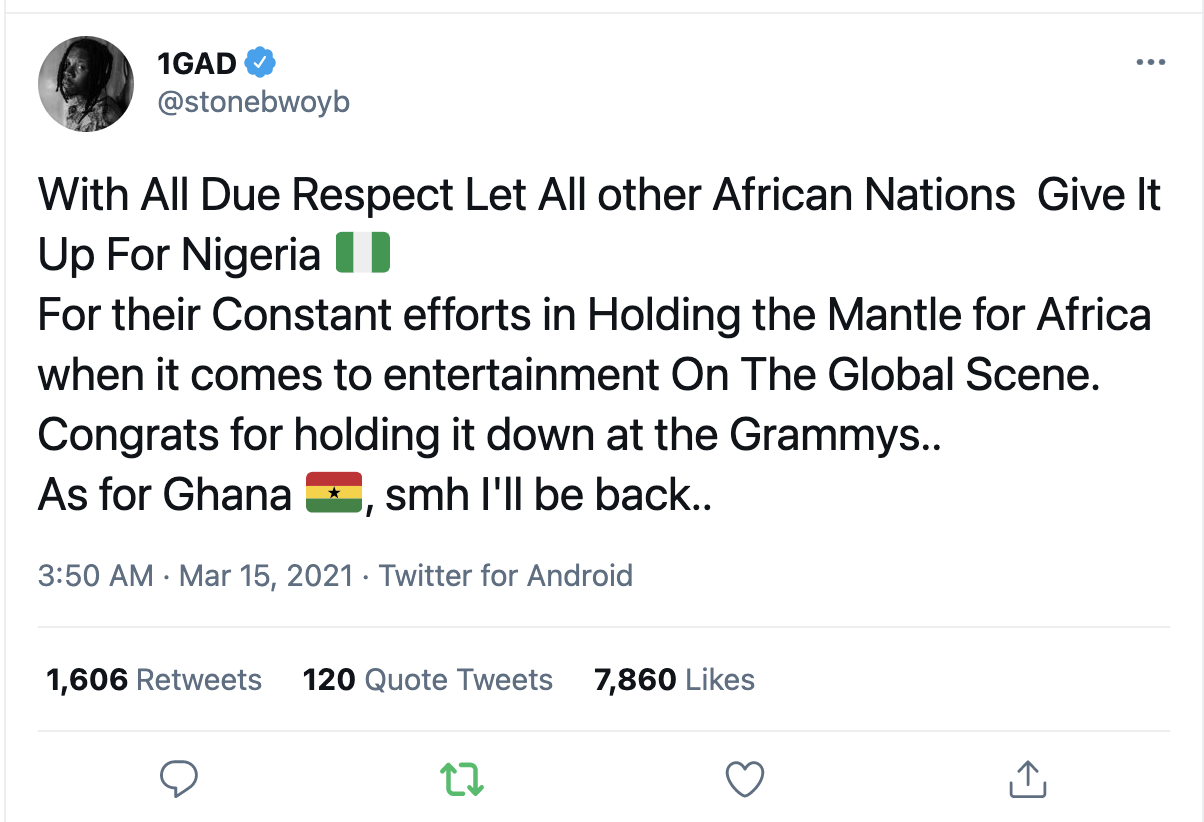 However, some Twitter users out of disappointment, descended on Stonebwoy for not winning any award at the Grammy’s but congratulated Nigerians.

“People like you should leave twitter, where is the pain in this where we are trying to move ourselves forward.” Stonebwoy also hit back.

“This Album Will Be The Beginning Of Greater Grace” – Stonebwoy reveals