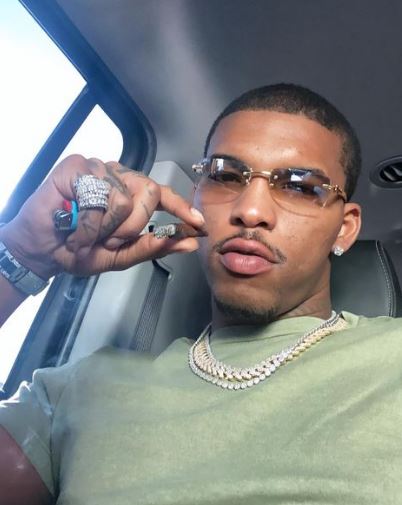 600 Breezy was born and raised in Chicago, Illinois. He belongs to the Black Disciples gang. He was imprisoned at the age of 21 after being caught up in a drug sting and returned to prison for a parole violation 5 years later.

In September of 2019, rapper Queen Key, whose last two projects are named Eat My Pussy and Eat My Pussy Again, shared a video of 600 Breezy having oral sex with her after a public spat.

In November 2019, Chicago rapper Queen Key announced on Instagram Live that she was expecting a child with 600 Breezy.

600 Breezy also dated Ashley Jones from Teen Mom: Young and Pregnant. He performed with Black Ink Crew’s Sky Days at the 2019 BET Hip Hop Awards in October 2019. They even mocked their impending marriage by publishing a “practice proposal” on Instagram.

L’A Capone, a fellow gang member and artist who was subsequently assassinated in 2013, introduced Breezy to hip hop. Breezy told DIB Entertainment that Al Capone was a great inspiration to him.

Antonio Valentino King is the real name of 600Breezy.