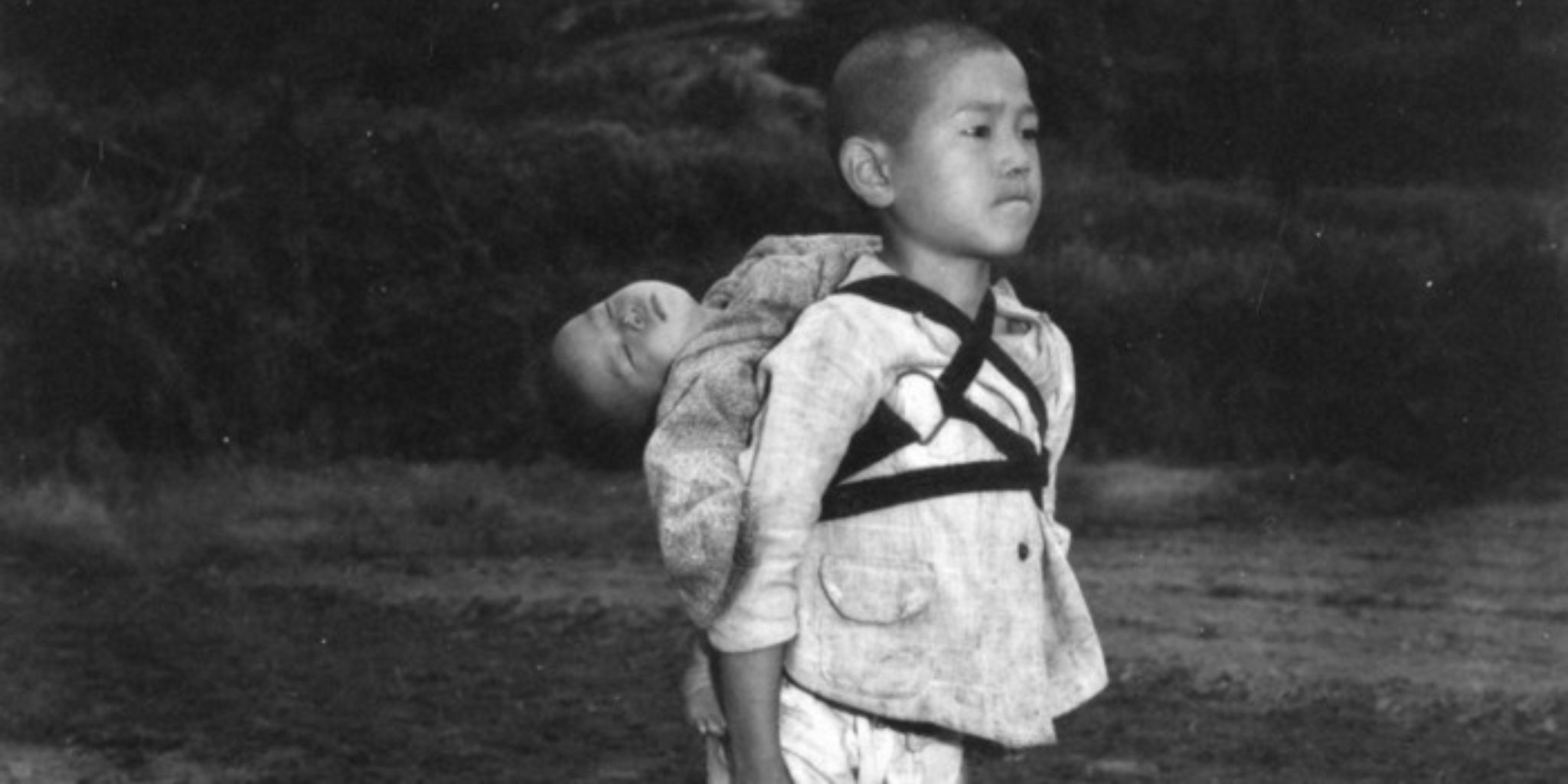 Often referred to as “The standing kid of Nagasaki,” the young boy in the historic photograph standing next to the crematory was captured in Nagasaki, Japan, in September 1945, not long after the city had been struck by an atomic bomb on August 9.

Who is The boy standing by the crematory?

An about ten-year-old boy is pictured waiting for his turn at the Crematory while carrying his deceased baby sibling on his back. The photo was taken by Joe O’Donnell, a United States Marine Corps employee at the time.

There was a young guy, maybe 10 years old, walking by. He was carrying a baby on his back. While the men were holding the body by their hands and feet, the body was set on fire.

The toddler watched the flames while standing motionless and erect. Blood was trickling from his lower lip because he was biting it so hard. Like the sun sinking, the flame was dim and flickering. The boy turned around and walked silently away.

O’Donnell made personal copies of his Nagasaki photographs and stored them secretly in a trunk before 1989 when he organized a travelling exhibition and book. When it was published in Japan in 1995, O’Donnell’s Japan 1945, Images From the Trunk received favourable reviews.