Police in Mukono, Uganda have arrested a woman accused of forcefully feeding her teenage step daughter food mixed with her…

Police in Mukono, Uganda have arrested a woman accused of forcefully feeding her teenage step daughter food mixed with her menstrual blood.

Annet Namata’s husband, Unusu Lungu in an interview with Observer, said that he learnt about the shocking incident from his neighbours who intervened to save the teenager’s life when they saw her vomiting on the veranda after the suspect had left to go and trap grasshoppers.

He says the curious residents asked the teenager what had happened but she couldn’t speak and instead pointed at a plate of food inside the sitting room.

The irritated residents notified Lungu after giving the teenager hot water to wash her mouth, garlic and charcoal powder to swallow. 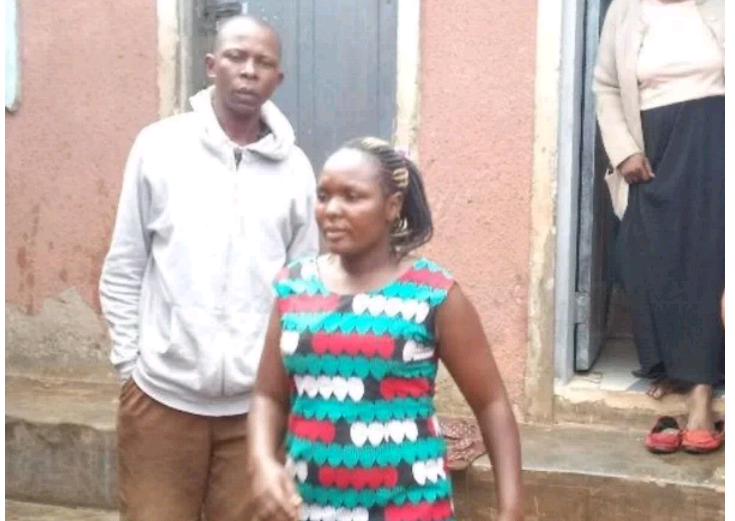 Lungu says he couldn’t withhold his anger and attacked Namata at her workplace. She reportedly confessed and blamed the girl, saying that she removed the blood from a bucket and mixed it with her food.

According to Lungu, the suspect fled into hiding when he left to report the matter to local authorities.

“She mixed the blood with the sauce made of eggplants. She forced the teenager to eat it threatening her that she would strangle her and vanish. So I asked her to eat the food herself and that is when she confessed and said that indeed the food contained menstrual blood. But she blamed the daughter as the one who went and removed the blood from her knickers and added it to the food so she could be blamed.” said Lungu.

The village council leaders thereafter sweet-talked Namata on phone and convinced her to return for mediation. Sarah Namawejje, the Women LC I representative says Namata pleaded guilty to the accusations and asked for forgiveness.

She claimed that she was ill advised by her friends to feed the minor with menstrual blood so as to turn her into a lunatic. Namata claimed that she felt infuriated because of the preferential care that her husband was giving to the teenager.

Namwejje says that the case weighed heavily on the Village Women Council, which prompted them to handover the suspect to police.

“She told me that her husband ‘loved his daughter so much to the point of even beating me in case I annoyed her. Every nice thing my husband was giving it to her.’ I asked if indeed it is true that she gave her step daughter menstrual blood? She admitted and said ‘yes’ and that she had contacted a friend who advised her to give the teenager blood so she could become mad. She asked for forgiveness from the husband and the council.” said Namwejje.

Rogers Sseguya, the Mukono district police commander, says they have handed over the matter to the child and family protection unit, which is also ensuring sufficient care for the teenager to recover psychologically from this trauma.

READ ALSO: Video of Canadian ladies after they were rescued; 4 Nigerian kidnappers arrested

Ghana was locked down with less than 500 COVID-19 cases but with over 20,000 cases, Politicians are saying we should go & register for the new voters’ ID – NDC communicator, Patrick Afeavo