Samuel Koku Anyidoho has apologised to media personality Nana Aba Anamoah over what happened between them in the studios of Starr FM.

Apparently, Nana Aba asked the politician that did he wish his wife well on International Women’s Day.

Mr Koku became very furious about Nana Aba’s question and even nearly walked out of the studios.

Nana Aba on the other hand could have also flared up because she didn’t ask the question in a wrong manner but instead, she maintained her cool.

Well, after their issue, Koku has taken to Twitter to apologise to Nana Aba for overreacting.

In a tweet, he remarked that Nana Aba Anamoah has won his extra admiration.

He wrote: “Nana Aba, you reminded me yesterday that I did not tweet congratulating women on, International Women’s Day. Nana Aba, salute you for being a woman of strength. Yesterday, your inner strength was at play i respect you deeply. You have won my extra admiration my dear” 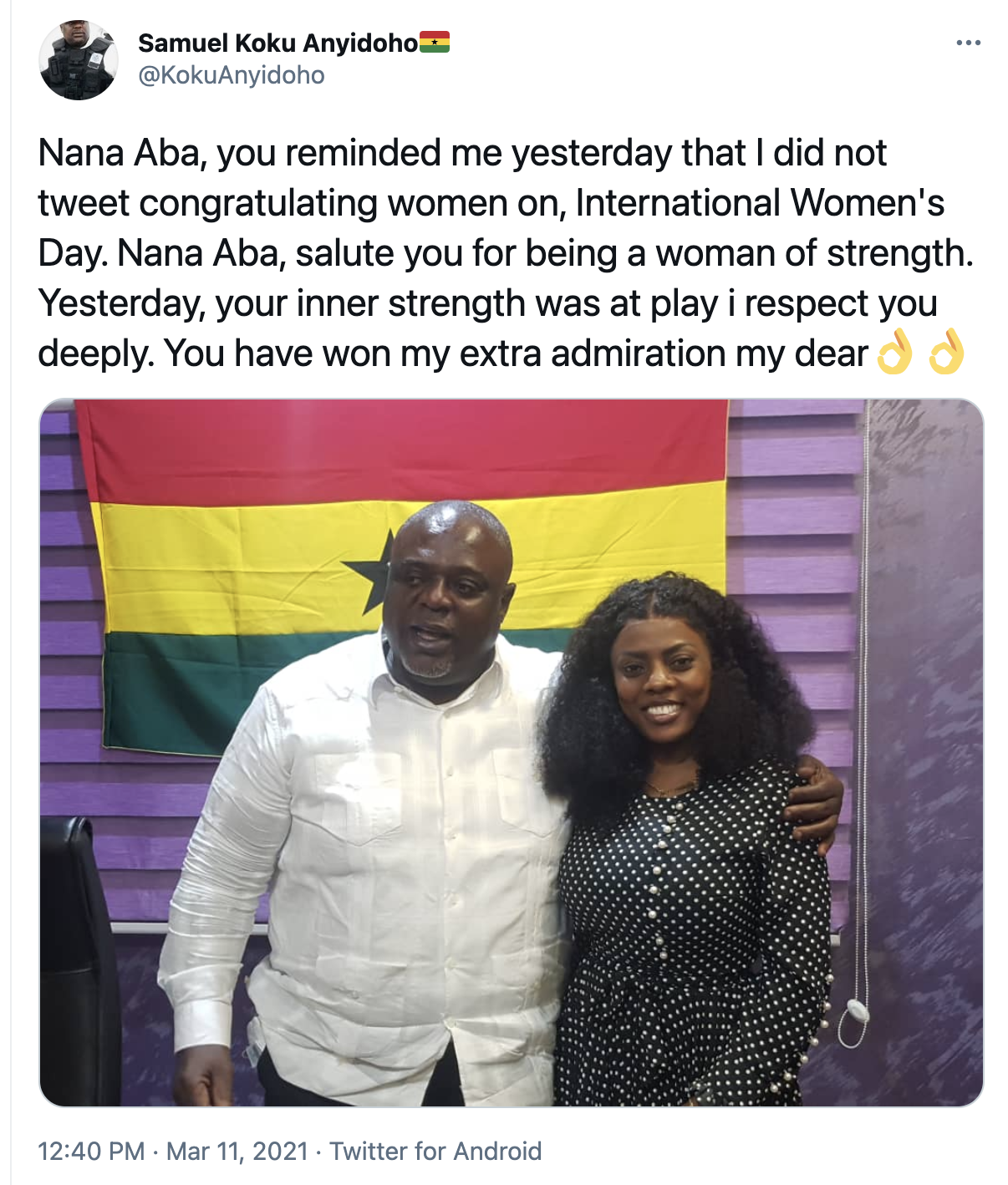