Yvonne Nelson is unhappy about the current Dumsor which has hit Ghanaians and as a matter of fact has taken to Twitter to fire shots at him.

President Nana Addo’s old tweet back then read: “Mr President, if the lights go out and come back on, isn’t that ‘Dumso Dumso.”

Yvonne Nelson who once held a vigil against the NDC during the peak of the Dumsor captioned: “Mr President is this DUMSOR reloaded? We haven’t forgotten. #dumsormuststop.”

Some parts of Ghana have returned to Dumsor. The government has stated that they are working around the clock to get it fixed. 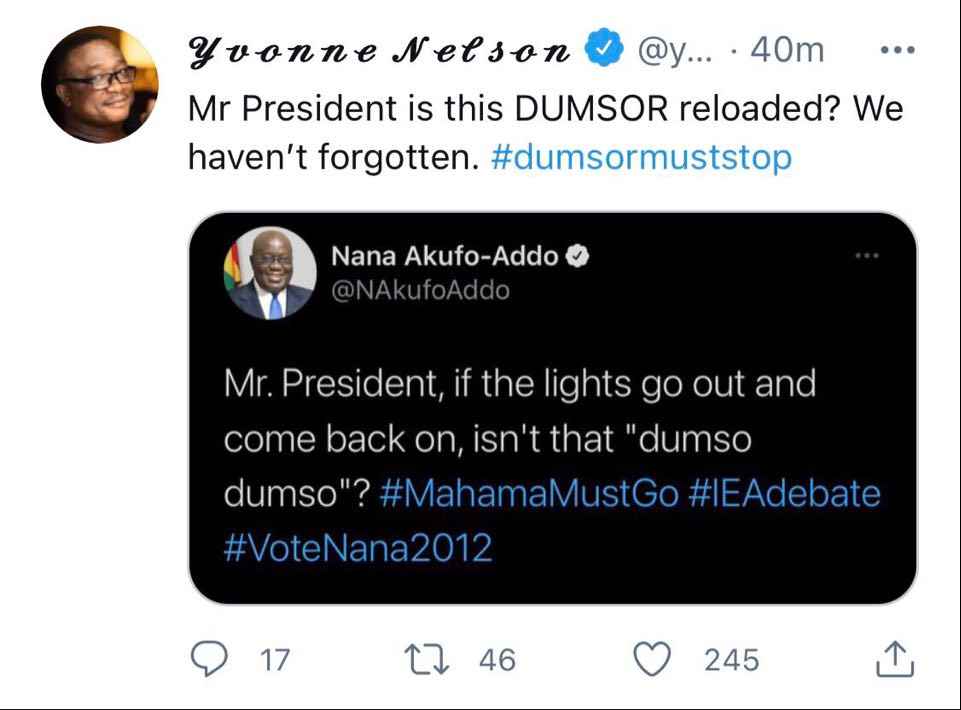 Yvonne Nelson blast Nana Addo over the return of Dumsor