He is the Member of Parliament of Okere constituency in the Eastern Region of Ghana.

He served as Minister for Information and National Orientation in the John Agyekum Kufour administration.

He was appointed as  the Minister for Regional Reorganization and Development in the Nana Akufo-Addo administration in the year 2017.

He is on the list presented to parliament for approval on 21st January 2021, by the president of Ghana Nana Akuffo-Addo, as the minister for Local Government, Decentralization and Rural Development  nominee.

Below is the biography of Dan Botwe. 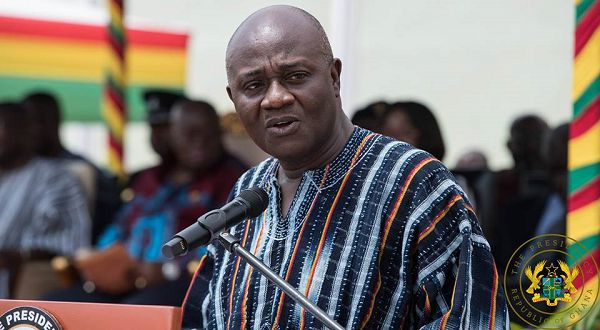 He was born Daniel Kweku Botwe but he mostly known as Dan Botwe.

He is married with three beautiful children.

He hails from Anum-Boso and Abiriw in the Eastern Region.

He had his basic level education at the Presbyterian Primary and Middle Schools at Mabang in the Ahafo-Ano District of the Ashanti Region.

He gained admission into the Kwame Nkrumah University of Science and Technology to pursue a Bachelor of Science degree in computer science.

He worked for Ghana Cocobod as a computer analyst from 1985 to 1993, when he entered private business.

He was appointed director of Danmaud Limited, a private company in Accra.

He was elected as the national secretary of the National Union of Ghana Students from the years 1982 to 1983 when he was at KNUST.

His election coincided with the beginning of the military rule led by the Provisional National Defence Council.

His activism and criticism of the ruling elite resulted in him being targeted as a troublemaker. He was sentenced to exile with other Ghanaians to the Ivory Coast.

He was instrumental in the election of John Kufour as President of Ghana in the 2000 general election.

He served in various other capacities in the party, including the National Treasurer of the Youth Wing of the New Patriotic Party, and Director of Operations and Research at the National Headquarters.

He once served as the Minister for Information under the John Agyekum Kufour administration in the 2006 and 2007.

In January 2017, President Akufo-Addo named Botwe as the Minister for the newly created Ministry of Regional Reorganization and Development.

Akufo-Addo created the ministry to oversee the division of several regions in the country in fulfillment of one of his political promises.

In May 2017, President Nana Akufo-Addo named Dan Botwe as one of 19 ministers who would form his cabinet.

He is on the list presented to parliament for approval on 21st January 2021, by the president of Ghana Nana Akuffo-Addo, as the minister for Local Government, Decentralization and Rural Development  nominee.