As we reported a few hours ago, actress Akuapem Poloo has been convicted by an Accra Circuit court for sharing a naked photo of herself and son last year 2020.

According to our latest report, she has been directed to go for pregnancy test before her final sentencing to Friday, April 16, 2021.

The pregnancy test is in compliance with the law regarding a woman who has pleaded guilty in court.

Soon after this piece of news popped up, we witnessed an uproar on social media.

With a lot of people saying politicians steal a lot of our money yet they walk freely on the streets so Akuapem Poloo doesn’t deserve to be jailed.

In a Facebook post, he said we always complain that the system is not working — and that our judicial system is broken.

But now that Akuapem Poloo is being punished for doing wrong, why should we have to compare it to other wrongs as if what she did was okay?

“Why all the noise on Poloo?

The person was convicted on her own plea ooo and we don’t even know what the judgment would be on Friday yet we are now comparing it to other crimes.

In her case, I doubt the judge will jail her-She might be fined and then if she defaults asked to serve say 3-6 months in jail.

We complain about the system not working and the one time it gets to work, we are now reminding the justice system that hers is a lesser crime.

You don’t have to wait for a sudden incident to happen before you complain about someone walking freely for a bigger crime.

If she had walked freely, we will be the same people complaining.

If she has a good lawyer, I believe he or she can plead for a lenient punishment since she’s a a first time offender, and perhaps even suggest that she’s just fined.” 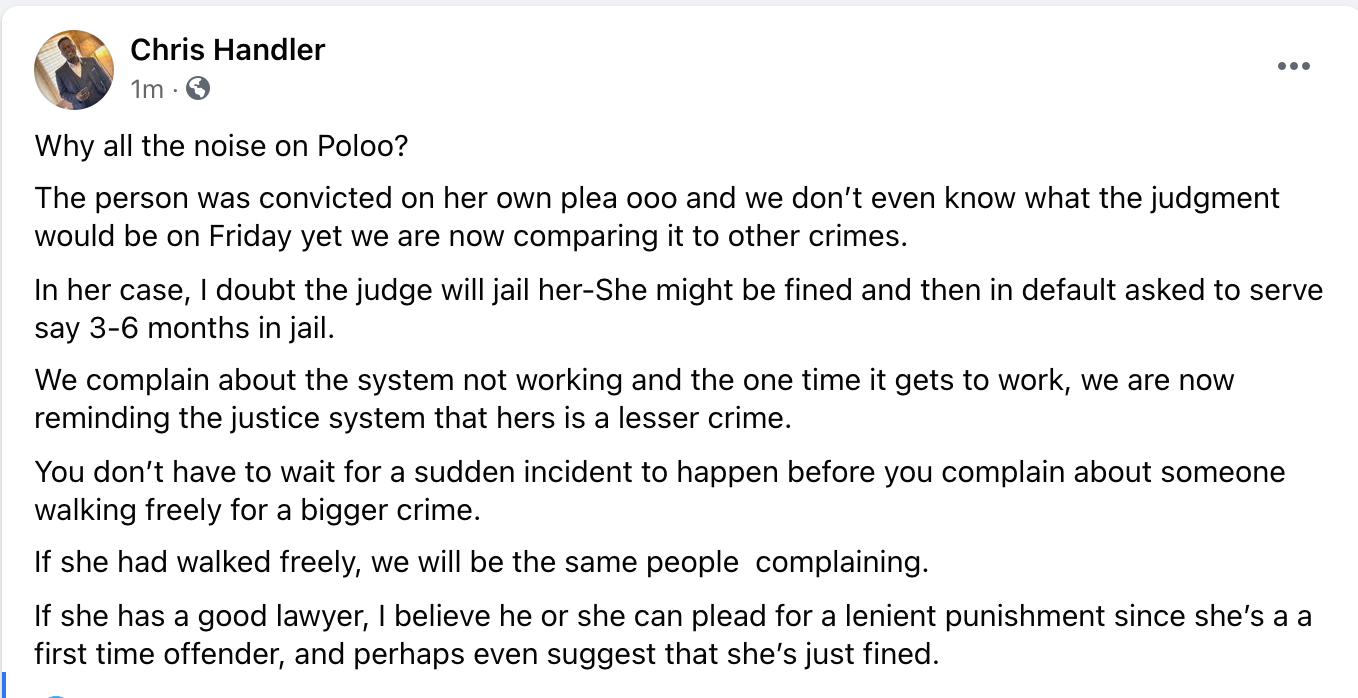 Akuapem Poloo Showers Christmas Gifts On Son After Getting Out Of Jαil ?