Shatta Wale’s baby mama, Michy has said that Akuapem Poloo’s jail sentence is a great lesson to her personally.

She stated in a Facebook post that she personally loves to post her son a lot and could have also committed the same blunder because she didn’t even know there were laws against that.

But with what Akuapem Poloo has gone through, it’s of a great lesson to her.

She further went ahead to add that she believes the actress would bounce back stronger.

She wrote: “As a mother who also loves to post my son often, our dear sis @akuapem_poloo ‘s predicament has been eye opening.

I never even knew such laws existed & she probably didn’t either, but if there’s one thing we know about her, she always bounces back to her feet. The strongest battles are for the toughest soldiers & reap the most rewarding results.
.
It is well ?” 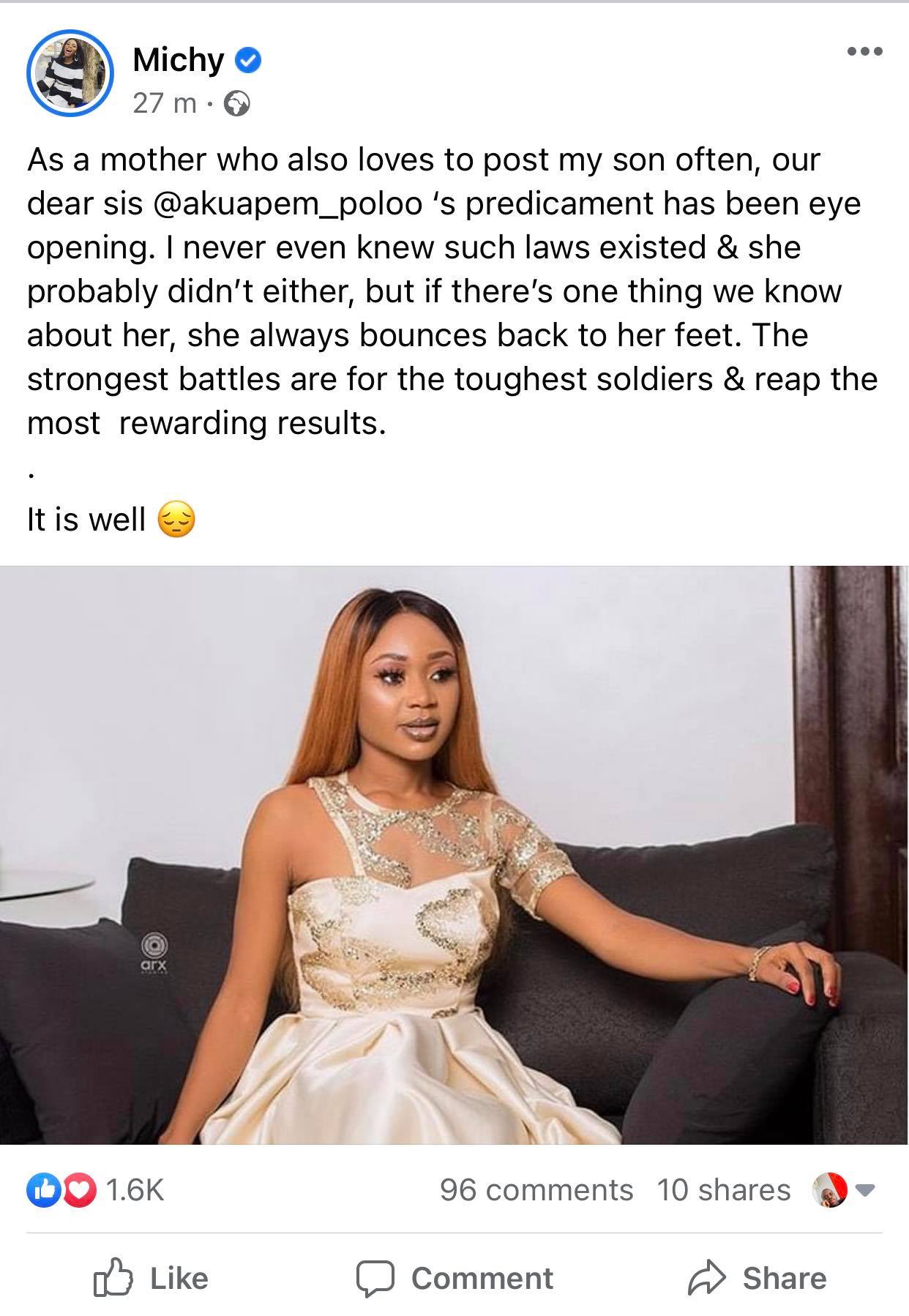