Asamoah Gyan who was signed to the team in 2020 didn’t appear in the match. He has also not appeared in several other matches after he got signed.

But as soon as the match was over, he rushed to the dressing room of Legon Cities to organise a Jama session.

He personally led the morale boosting jama session to celebrate his team’s victory.

Sharing the video on his Instagram handle, he wrote: “I had to do some small jama with the guys @legoncitiesfc after our big win yesterday. @jomens25 also came to greet the guys and also decided to join the fun cos he knows what Babyjet can do??????. Congratulations guys. We move to the next ?????”

Well, a concerned follower of his @decker055 asked that was he (Gyan) signed by the team for jama or football games?

This question pissed off Asamoah Gyan, and he replied with insults upon insults.

Below is screenshot of their interactions: 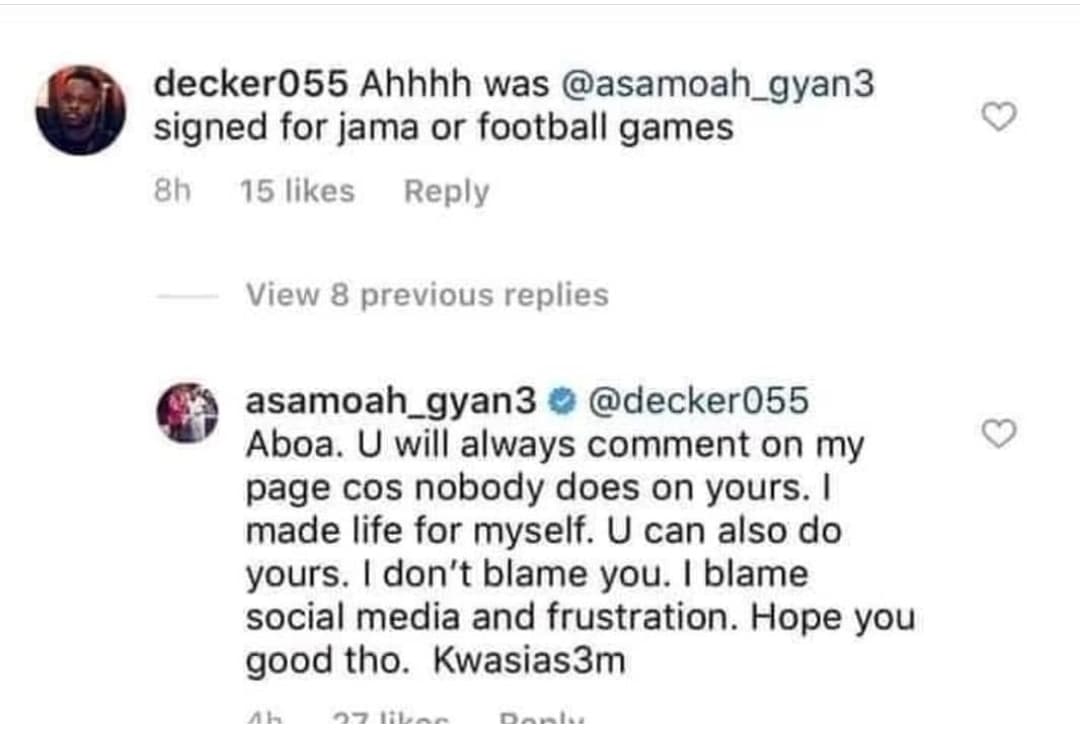