Artiste manager, Bulldog is back on United Showbiz which airs on UTV every Saturday.

He made some utterances against President Nana Addo which landed him in the cells of the Bureau of National Investigations (BNI).

After his release, he didn’t make appearance on the United Showbiz TV show.

Reports indicated that he was benched for sometime.

Well, a new banner posted by UTV on their Instagram handle indicates that Bulldog would be back as one of the panelist this Saturday.

Nana Ama McBrown who was also replaced by Abeiku Santana on the previous edition is also coming back.

Check out details in the banner below: 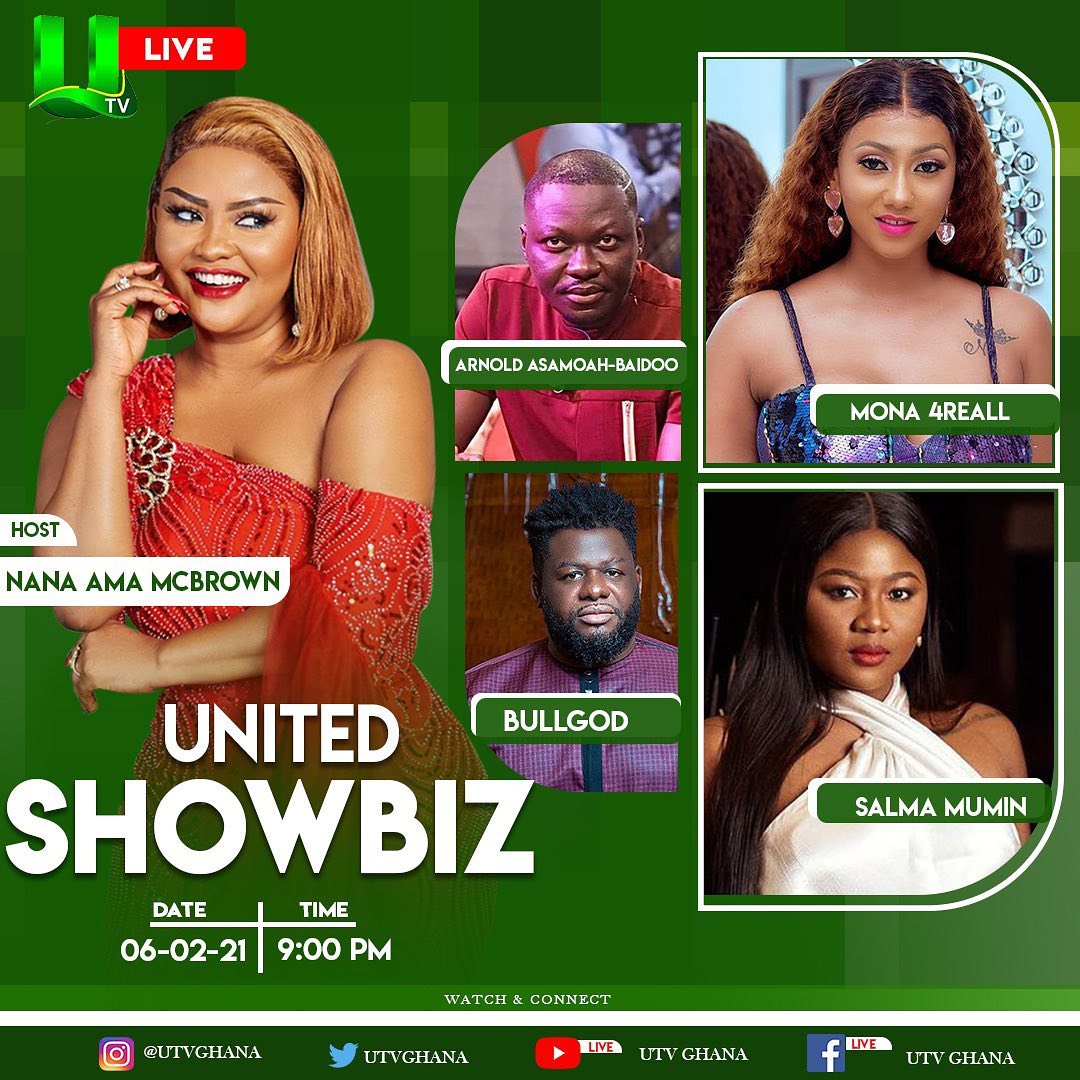