Former President of MUSIGA has come out to explain how he was defeated over the weekend in the New Patriotic Party (NPP) primaries in the Asante Akyem South constituency.

According to the veteran musician, his lost was premised on his inexperience on the political terrain and how he was not quick enough to play his cards well. 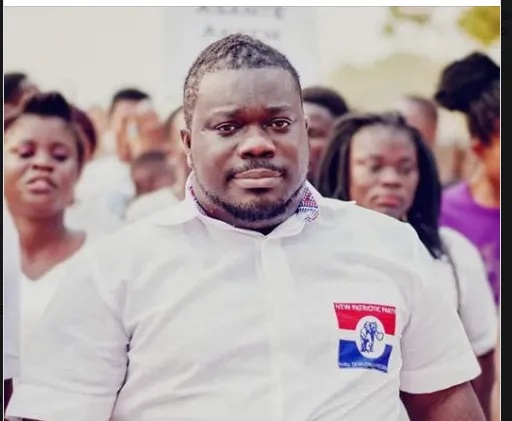 Obour lost the primaries in his bid to succeed the incumbent Member of Parliament (MP), Kwaku Asante-Boateng by 68 votes.

After the voting and the counting, Obour who was in high hopes and already jubilating was served with a big surprise. The results of the votes are as follows:

In his concession speech, Obour said the delegates have made a choice and there is no way he can change that.

He stressed that the incumbent MP is more experienced than he is and based on that experience has floored him in the elections.

“He’s been in parliament for two terms already and he is going the third term,” he said in his speech.

“Definitely he may have some tricks I don’t have,” he admitted, but said it is all good for him as a first timer.

Obour sent a pound of gratitude to all who showed him support in his efforts as he looks silently into the future with an unquenched hope of return.

Obour also pledged to rally behind the incumbent to retain the seat for the party.

“I am sure most of the things that we had campaigned on now that we have a parliamentary candidate the 10,000 votes we promised Nana Addo, it is coming in its numbers,” he declared.

Check Out Statement Below: 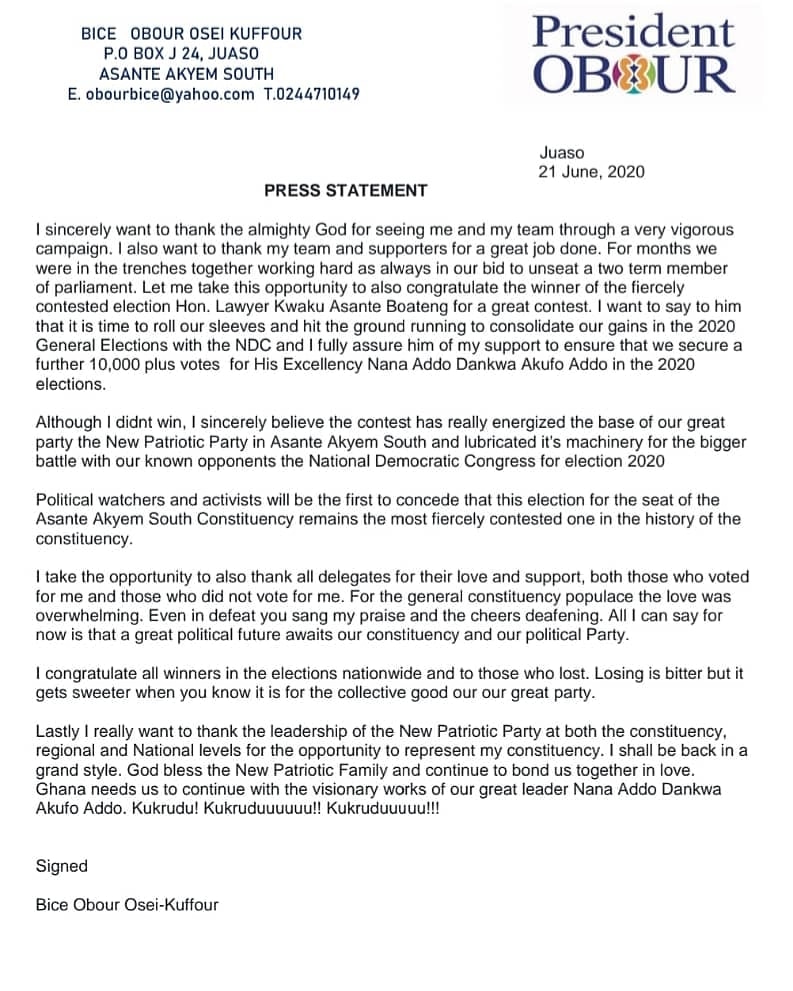