Nigerian musician Zlatan Ibile has made his Whatsapp number public.

Zlatan tweeted: “I can be your father lover maga. Just add me on WhatsApp”.

It appears you can only reach him via Whatsapp. There you are guys, shoot a message to Zlatan if you want to make a contact to him. 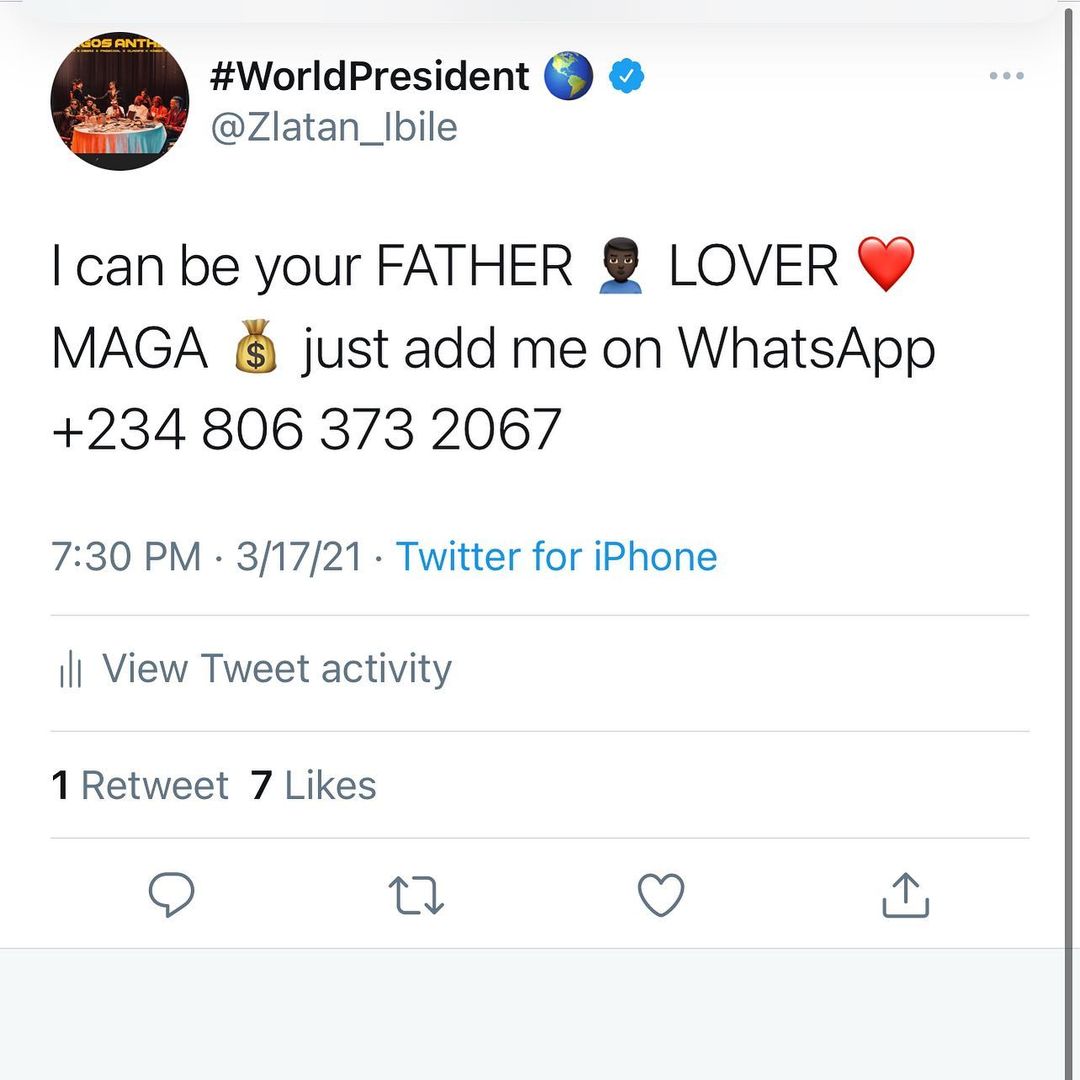