US-Based Ghanaian rapper, Showboy real name Sam Safo has shown his support for Akuapem Poloo after reports that she has been convicted by an Accra Circuit Court for posing nude in front of her 7-year-old son last year.

According to the 2Hype Gang CEO in a series of tweets, he said prison life is not easy because he’s personally serving his time and he knows the experience.

So for the sake of the fact that Akuapem Poloo is a single mother, she should be pardoned.

He stated that if she is sentenced to prison, her absense in the life of her son will affect the boy psychologically.

The ‘Information Wo Wiase’ hitmaker is hence calling on the judge to at least fine Akuapem Poloo instead of sentencing her to prison.

Read his tweets below: 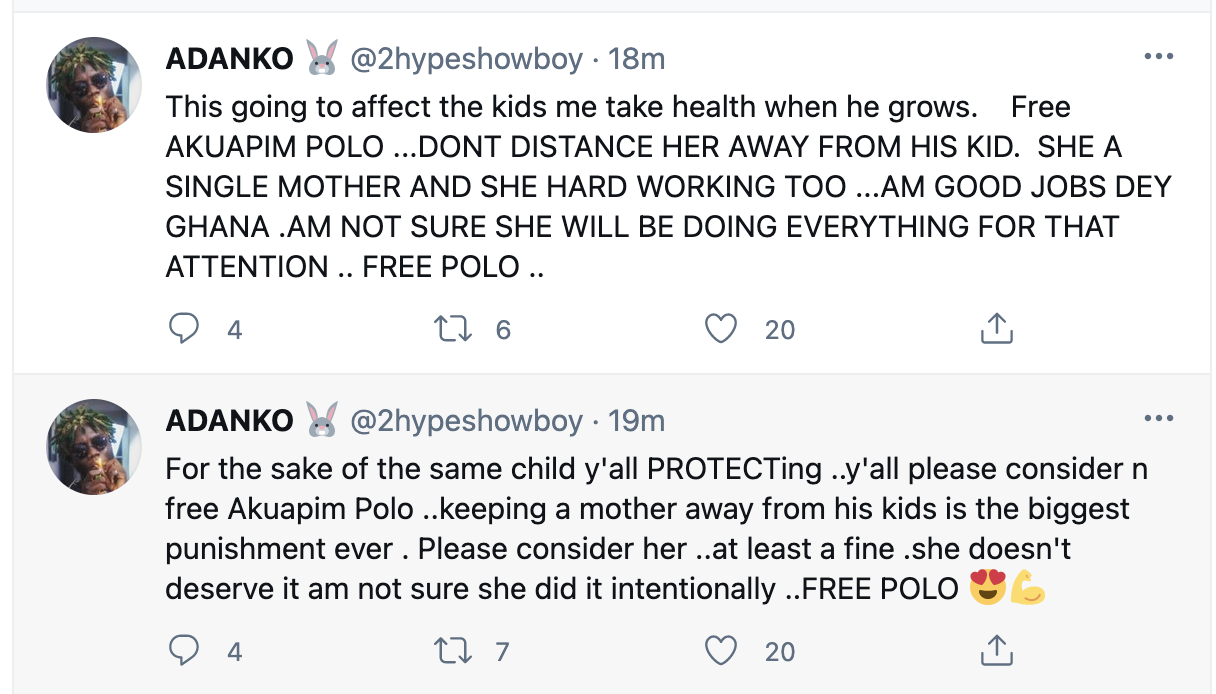