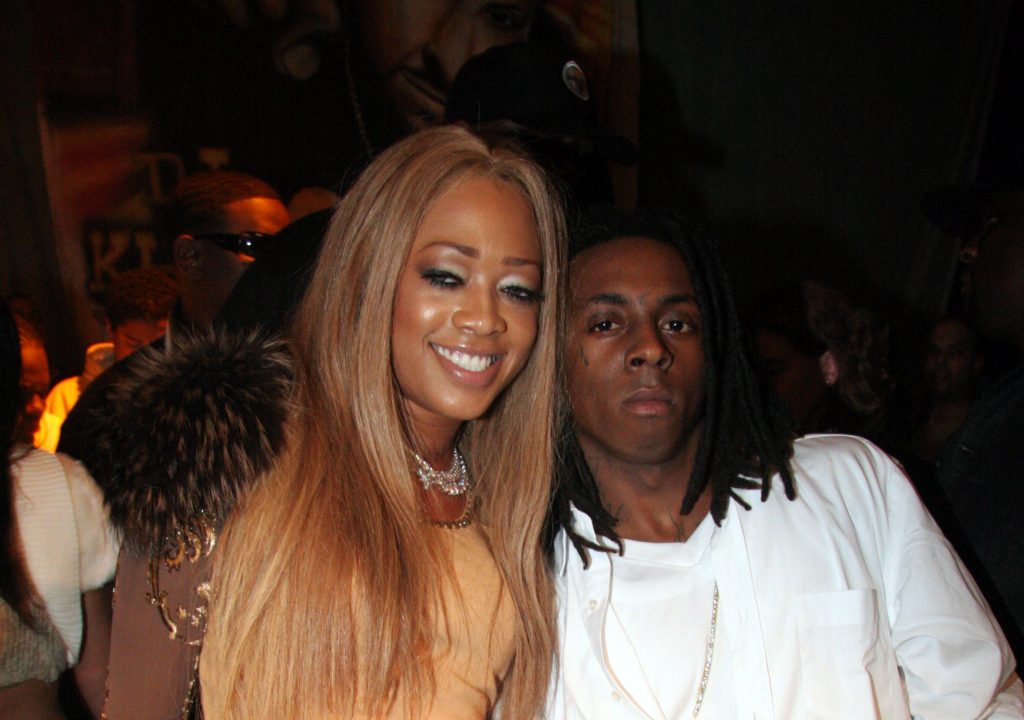 Katrina Laverne Taylor is an American television personality and rapper who focuses on the hip-hop style of music.

She was trained as a real estate agent but when she met Trick Daddy, the story changed as she decided to make a career in music, that is, rapping to be precise.

Trina, as she is professionally called, now has seven albums with the first one released in 2000.

Dwayne Michael Carter Jr., who is known by his professional name, Lil Wayne, is also an American rapper and record executive who is known as “one of the most influential hip hop artists of his generation.”

Lil Wayne began his career at a tender age as he wrote his first rap song when he was just eight years old. At the age of fourteen, he dropped out of school to focus on his music career.

He now has about fifteen albums and also owns a record label by the name of Young Money Entertainment.

Trina and Lil Wayne did date for about two years, from 2005 to 2007. Theirs was an unstable relationship. Trina got pregnant for Lil Wayne but had a miscarriage.

Lil Wayne has Trina tattooed on his ring finger while Trina also has Wayne on her wrist.