Rapper Edem has finally spoken on Sarkodie’s absence in his Favour music video.

The song was dropped a few days ago and Edem recruited Sarkodie and Efya on it.

Music lovers were quick to realise that King Sark did not feature in the music video. This got many asking what could be the reason.

Well, Edem has spoken for the first time on the issue via a tweet.

According to him, Sarkodie didn’t show up for the Favour music video shoot.

The ‘Ewe Rap King’ added that his team even lost money due to this. But he has forgiven Sarkodie and would be there for him anytime he needs him.

READ ALSO:  Patapaa 'confesses' that his wife is pregnant

“Yo  @sarkodie I know you feel bad for not showing up for #Favour video..Team even loose money for that..But I forgive you my g..No hard feelings ..Call me when you need me,I go dey for you“, Edem tweeted. 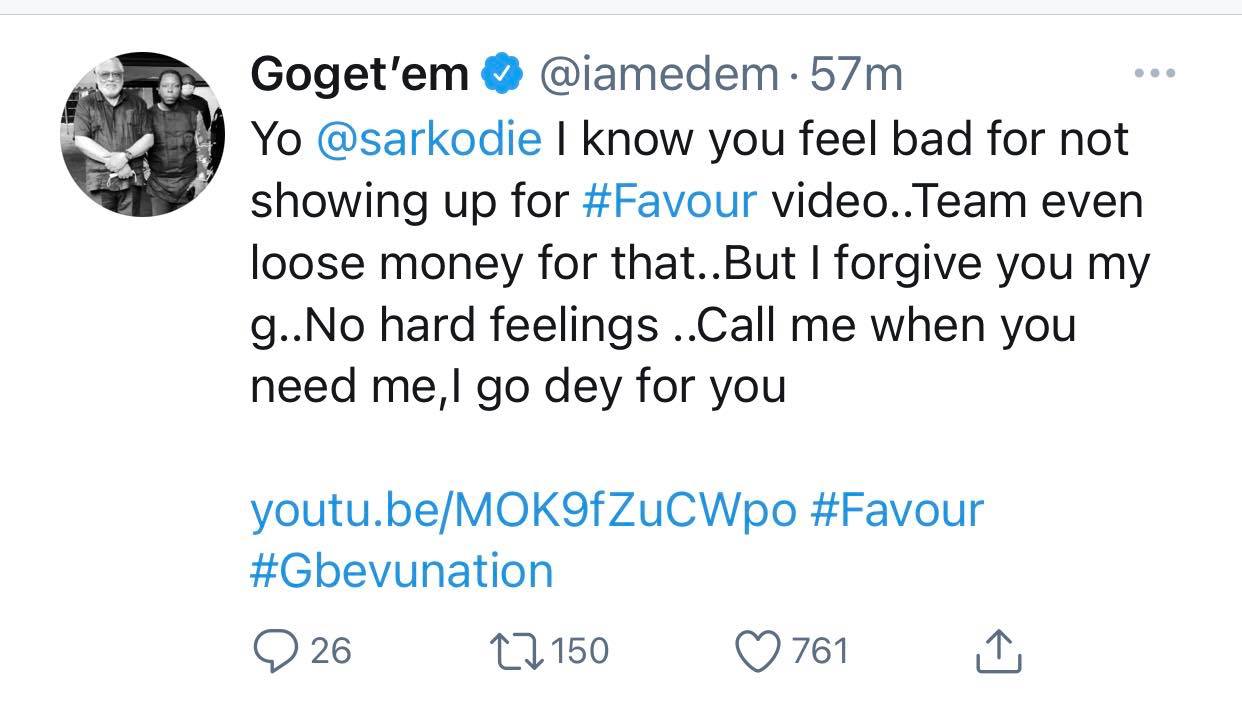 Sarkodie seen sharing cash to road vendors after they seen him driving in an open-top vehicle.

“You dierrrr you want to buy ticket and travel to shoot and come back empty-handed.” – Shatta Wale