Samuel Asamoah was sent off in a game in the Belgian Jupiler Pro League over the weekend for revealing his undershirt which had the inscription ‘Jesus Loves You’.

The Ghanaian midfielder who scored a hattrick in his club’s thumping 5-2 win over KAS Eupen did not last the entire throttle of the match.

Before his third goal was scored, the Sint Truiden midfielder had been booked for a foul on one of his opponents. Therefore, after he scored the third goal, out of ecstasy, he raised his jersey to reveal the dreaded message ‘Jesus Loves You’.

This inscription on the shirt incurred the fury of the referee who did not hesitate to show him the red card which sent him off. 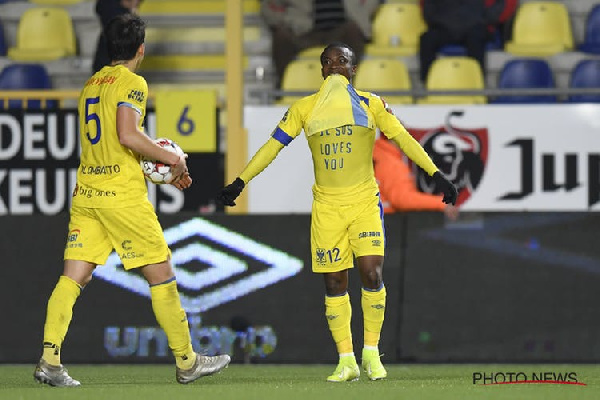 However, his goal was not chopped off. Speaking to the media, Samuel Asamoah disclosed that the action he thought initially was not offensive but later on realized that it went against the Belgian Football regulations.

He promised to bounce back and to score more goals. He, however, had the optimism that the decision of the referee may be reviewed and rescinded.

FA bans under 12s from heading in football training

Your favorite football team’s positions in their respective league tables

Lilwin replies Funny Face for calling him envious & evil with...