Ghanaian comedian, DKB Ghana has also commented on the trending issue of Cecelia Marfo asking Joyce Blessing to go back to her husband during her performance at a Unity concert in Kumasi.

Joyce Blessing was performing when Cecelia stopped her mid-way by snatching the microphone from her hand with a supposed prophecy from God saying she must go back to her ex-husband, Dave Joy.

After the video went viral on social media, people have lambasted Cecelia Marfo saying that even if she was under the leadership of the Holy Spirit, she could have saved Joyce Blessing the embarrassment.

Even Counsellor Luterodt opined that what she did is proof that she has a mental disorder.

Well, DKB Ghana stands to differ as he has come to the defense of Cecelia Marfo.

In a Facebook post, he stated that the Holy Spirit is no respecter of person so if HE directs Cecelia to say what she said, we shouldn’t blame her.

“The holy spirit doesn’t care about you r image or brand or embarrassment when you don’t heed to him. Canal eyes will see this issue as public harassment, true believers will take a lesson from it to avoid the wrath of the Holy spirit.”, he wrote. 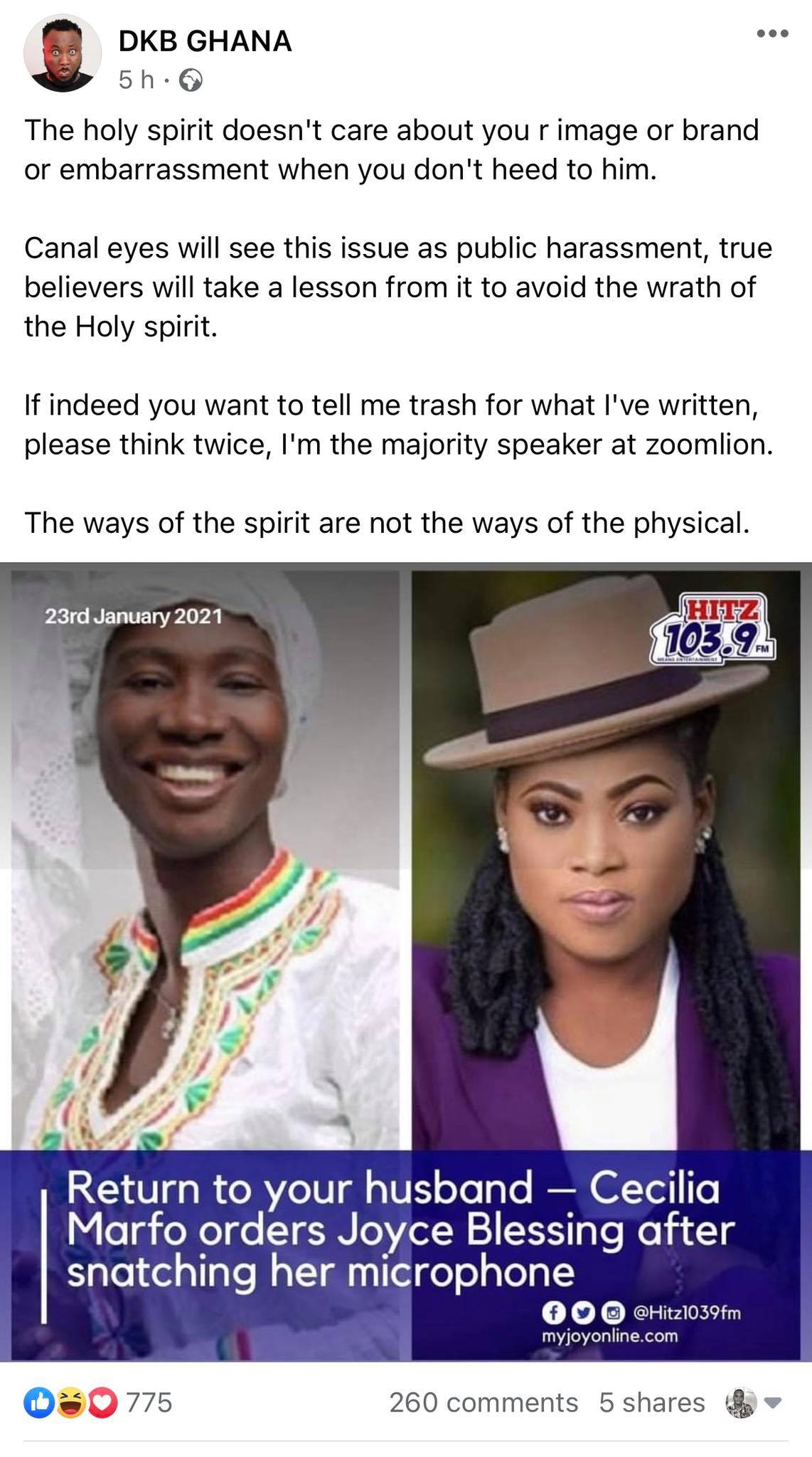