President Nana Addo’s tenure of office would come to an end in 2024 — that’s his 8 years in office.

And after that the National Patriotic Party must find another candidate to represent them at the polls.

As it stands, people have already started an agenda on who should be the next presidential candidate for the NPP.

At the back of this, names such Alan John Kyerematen, Dr. Mahamudu Bawumia, among others are popping up as people qualified to lead the NPP.

Well, posters are emerging in town that bears the face of Bawumia as the rightful person to lead the NPP in 2024.

The office of the Vice President has responded to the posters. In a press release, he said he’s not the one behind them.

Dr. Bawumia stated that his focus is helping President Akufo-Addo execute his transformation agenda and not focusing on the 2024 presidential ticket.

“The Office of the Vice President has taken notice of the proliferation of posters around the country apparently promoting H.E. Dr. Mahamudu Bawumia as the candidate of the NPP for the 2024 elections.

“For the record, the Vice President has not given his consent to these and other associated activities.

“The Vice President remains focused on assisting His Excellency the President in the execution of his agenda to transform Ghana. This is where everybody’s focus should be.” 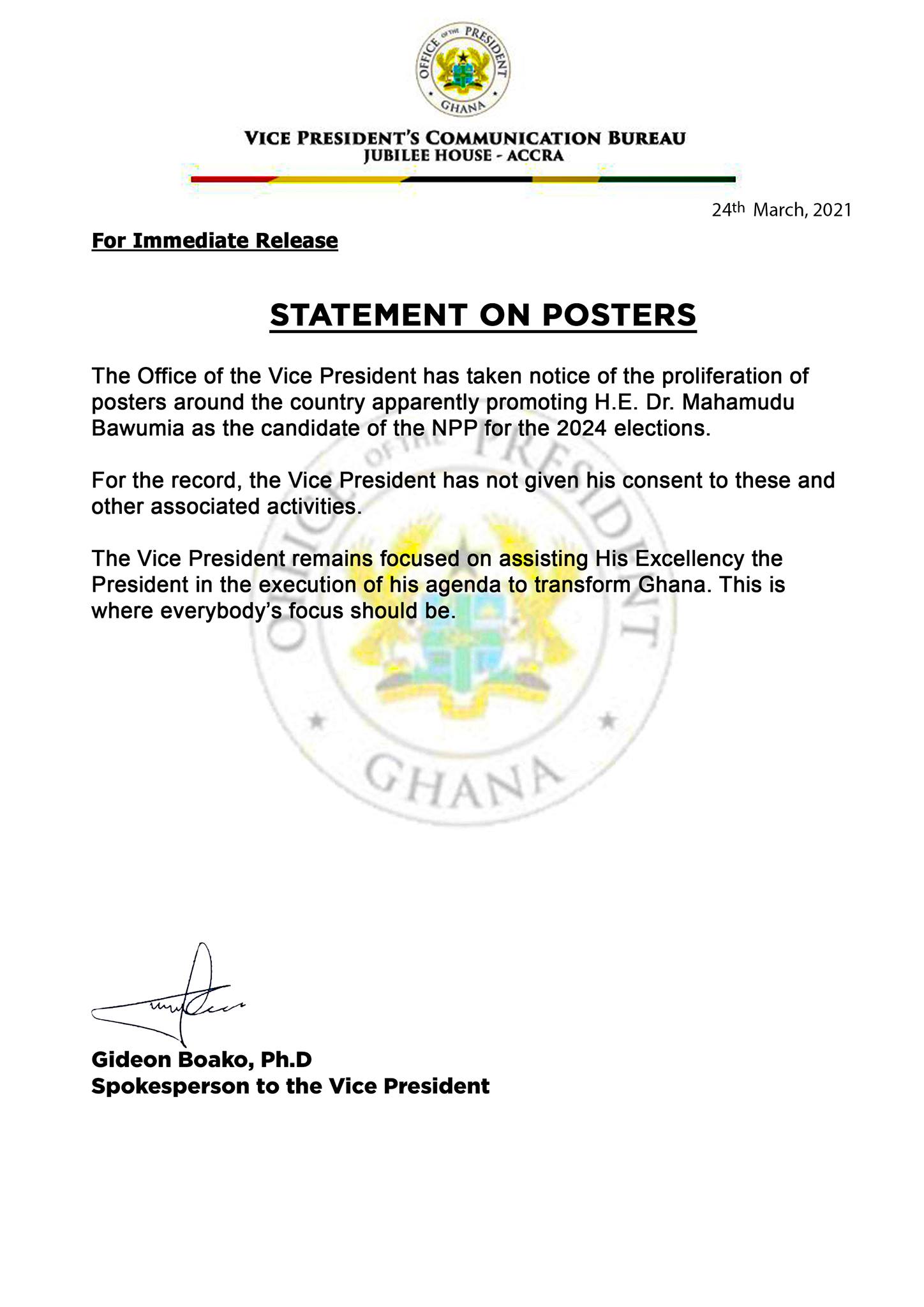