Industrial designer and engineer Elon Reeve Musk FRS once said he hates it when people confuse education with intelligence.

According to him, one can have a bachelor’s degree and still be an idiot.

The founder, CEO, CTO, and chief designer of SpaceX’s comment way back sparked a huge reaction.

A few intellectuals shared their opinions on Elon Musk’s post as shared below: 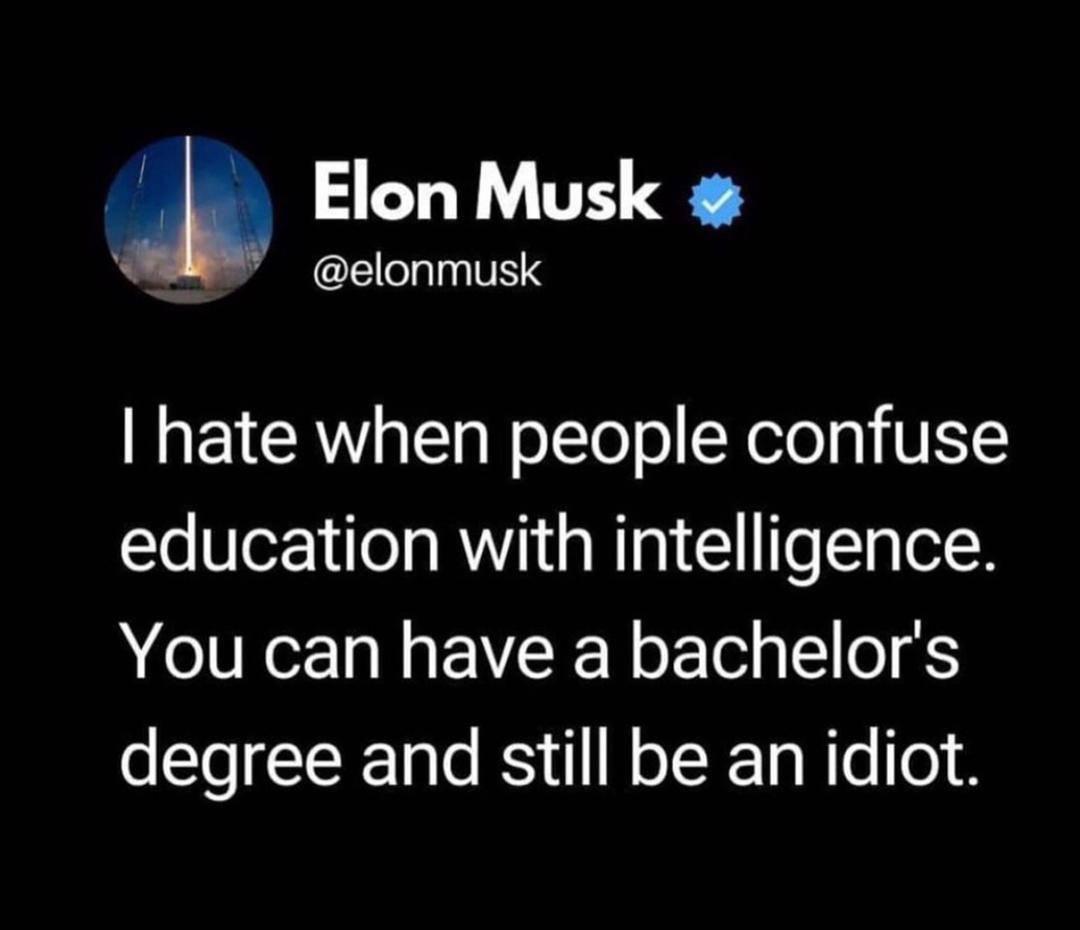 What’s your take on that?