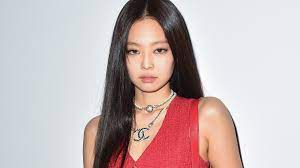 Jennie Kim began her career as a singer with YG Entertainment as a trainee for six years in 2010. She appeared as an artist in the songs ‘Special,’ ‘GG Be,’ and ‘Black’ in 2013. Jennie Kim released two single albums in 2016, titled ‘Square One’ and ‘Square Two.’ This year, she worked on four songs: ‘Boombayah,’ ‘Whistle,’ ‘Playing with Fire,’ and ‘Stay.’ In 2017, she was a part of the extended play ‘BlackPink.’ She worked on the song “As if it’s Your Last” this year. This year, BlackPink participated in the ‘Blackpink Japan Premium Debut Showcase.’ Jennie Kim will be 26 years old in 2022, having been born on January 16, 1996. Jennie Kim was born and raised in a well-established wealthy family in Cheongdam-dong, Seoul, South Korea.

Jennie Kim’s net worth is estimated to be $10 million USD.