An interesting issue is ongoing on Facebook right now which is about a seemingly ungrateful boyfriend who exploited a certain lady only to leave her to marry another lady.

The man at the centre of all this is one Richard Agu. And according to his ‘ex-girlfriend’ identified as Comfort Bliss Gh, she used all her money to sponsor him through the air force academy only for him to leave her for another lady after passing out successful.

Comfort alleged in a lengthy comment on Abena Magis Manokekame’s page that she took loan upon loans just to make sure Agu Richard went through the air force training successfully.

READ ALSO:  Man shares photos of a sick man voting for Nana Addo while in the '1 Constituency 1 Ambulance'

But after passing out, he has changed character-wise, abandoned her, and he’s now set to marry one, Abenaa Obiatopa Standard on 20th March 2021. 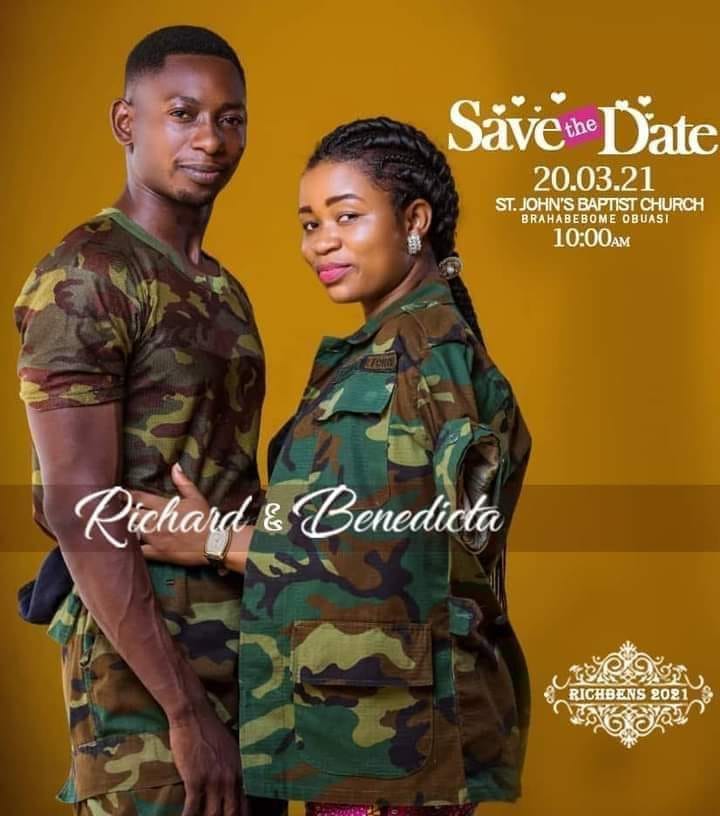 At the back of this, Comfort Bliss GH has vowed that she’ll be at the wedding ceremony to make sure that the guy pays all that he owes her.

“No woman is stingy, It’s either she’s broke or she doesn’t love you, women spend on what they value” Abena Manokekame

Man falls in love with his girlfriend’s cousin