Shatta Wale has finally spoken on Ayisha Modi’s allegation that he’s sleeping with Hajia4real in a new post made on Instagram.

In response to the allegation, Wale said his friendship with Hajiah is pure without ‘fucking’.

“Our relationship is a genuine friendship without fucking..”

Ayisha in a separate video stressed that she is saying nothing but the truth. She dared anyone who thinks she is lying to curse.

It is good Wale responded to such a claim. 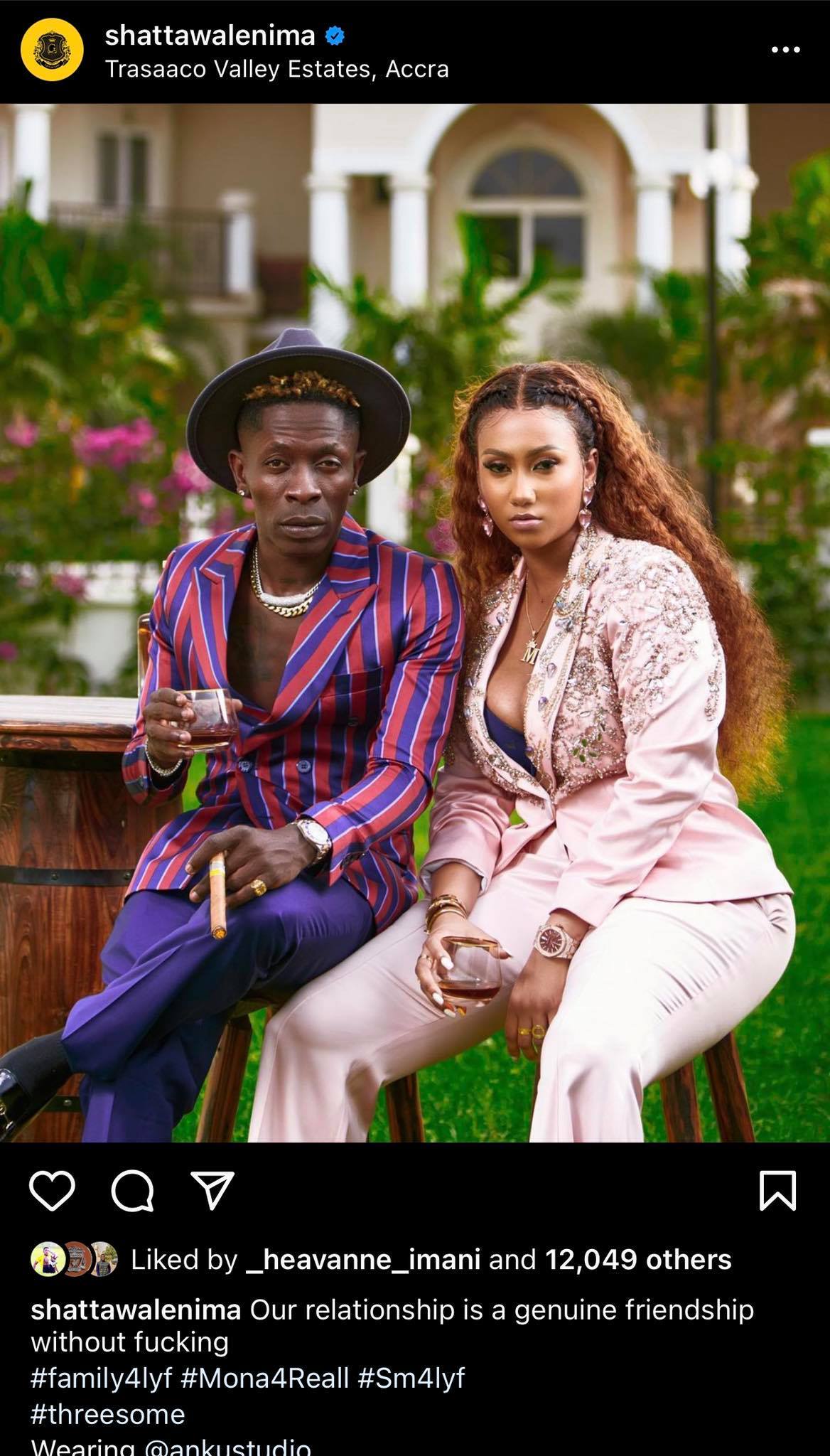