Dancehall musician, Stonebwoy has proposed that the face of late president Jerry John Rawlings should be printed on Ghanaian currency.

He made this known after gospel musician Sonnie Badu also suggested that he would love it if President Nana Addo renames the Kotoka International Airport after Rawlings.

Commenting on the issue, Stonebwoy also said he wants the face of Rawlings on a Ghanaian currency.

“Rawlings head on Ghana money’, he commented on Instagram.

Check out the screenshot below: 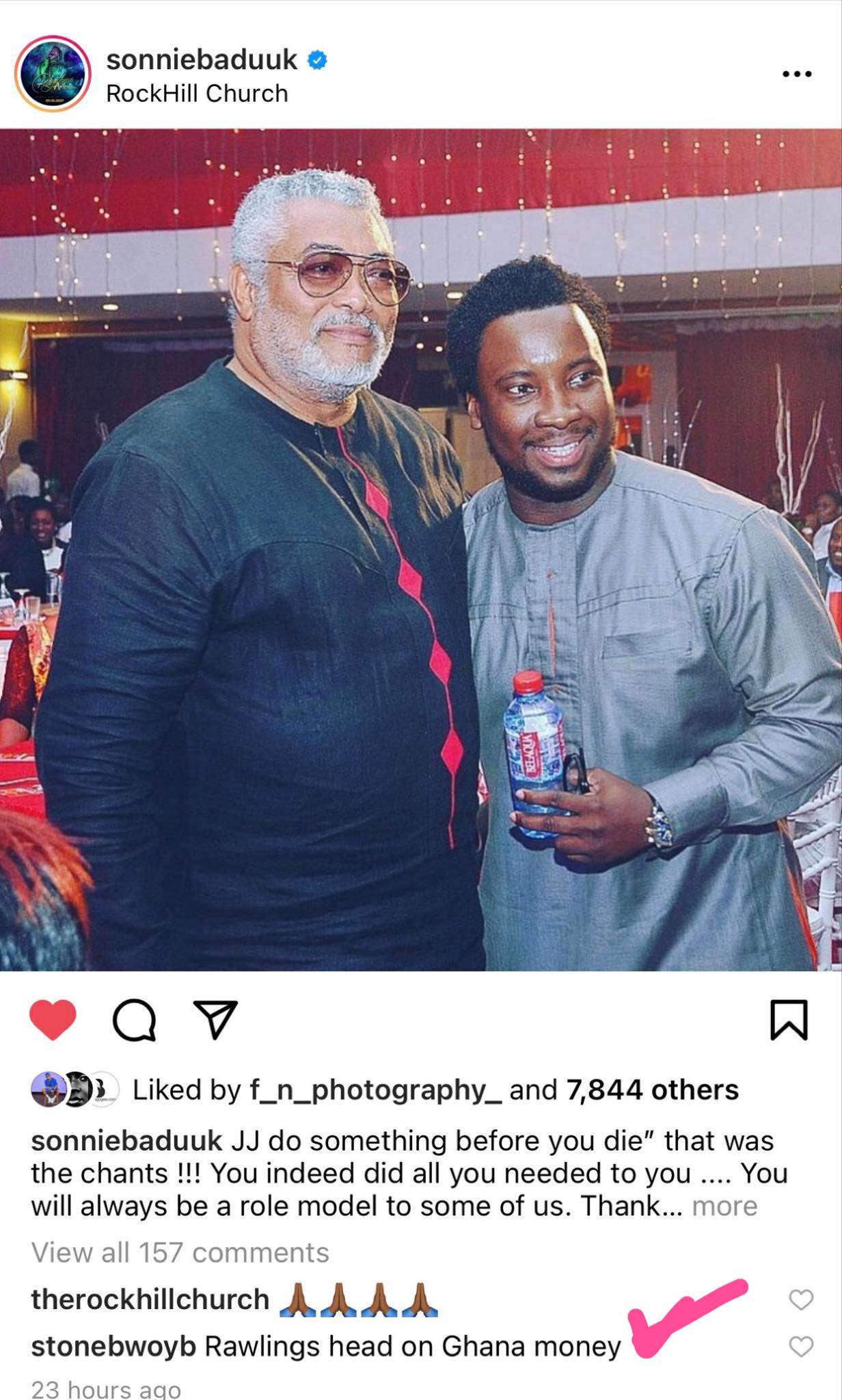 Meanwhile, Nana Addo has revealed that the University of Development Studies would be named after Rawlings.

He revealed this while reading his tribute to the former president.

“Whilst he was with us, he, respectfully, declined an offer I made to him in 2017, to have the University of Development Studies (UDS), Tamale which he personally helped establish, named after him.

“Two days after his passing, at the 21st Congregation of UDS I expressed my strongest convictions that in spite of his reservations, such an honour should be accorded him,” he stated.

The President said, “I am glad that this has found favour with his [Mr Rawlings’] family, and the necessary formalities will be carried out to achieve this, that is, the Jerry John Rawlings University of Development Studies, Tamale.”