Thomas Teye Partey, often simply known as Thomas, is a Ghanaian professional footballer who plays as a defensive midfielder for Spanish club Atlético Madrid and the Ghana national team.

Thomas has been consistent as a player for the Spanish side. He has become an integral member of the team since 2015 and his performance during every match is superb.

As a defensive midfielder, he has proven beyond all imaginable doubt that he is a prolific footballer who reads and understands the game.

It is always amazing watching him play. The passion, the drive and the display of football dexterity make him very distinct.

The power to shoot from long ranges and his ability to make quick decisions as and when he gets hold of the ball is commendable.

READ ALSO:  Thomas partey Out of Ghana squad due to injury.

His abilities have been underrated but it is an undeniable fact that he possesses the ball and gives decisive passes just like Paul Pogba.

Yesterday’s UEFA Champions League game between Athletico Madrid and Liverpool produced some outstanding stats for Thomas Partey. He was adjudged Man of the Match in yesterday’s UCL match. 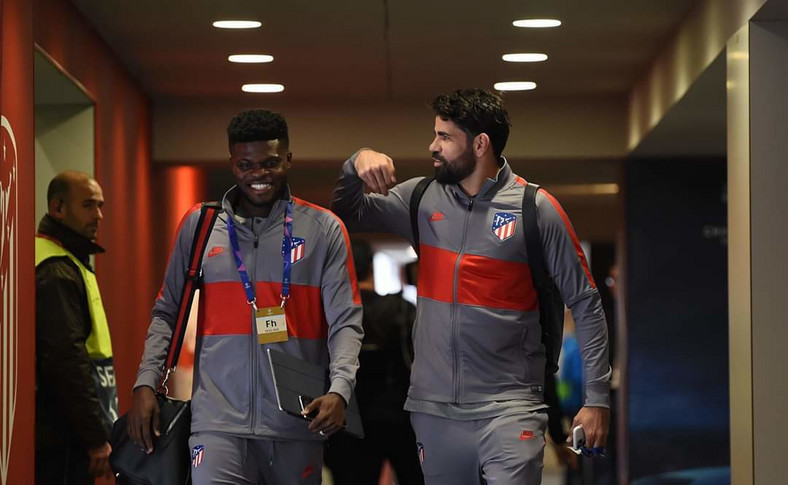 Many have described him as ‘World Class’. He has received interests from Real Madrid, Liverpool, Bayern Munich, and Manchester United.

Many have said he will jell at Manchester United and be world-class. Thomas Teye Partey is valued at 50 million euros.

He should shine. He should help the Black Stars shine.

Read Some Tweets On Him

Thomas Partey is another player that would massively improve United's midfield and was available for 43 million last summer. Hopefully we can salvage top 4 from this season but have no doubts poor recruitment has cost us. Bruno and Partey for under 100 million….

Thomas Partey is world class. It's not even up for a debate is it?? pic.twitter.com/iNlINOzMUD

Don’t Ever Compare Dr Likee To Me, I’m A Legend And He’s Not On My Level – Lilwin Speaks

Brother Sammy, is set to release visuals for his Gospel drill song.