A man’s faith and belief in God has gained many grounds after he was able to slim out of the hands of an armed robber by proclaiming what he believes in.

According to a long thread of story he shared on Twitter, Ayomide said he was confronted by a thief in his own room and his only weapon to fight the thief was to shout ‘Blood of Jesus’. 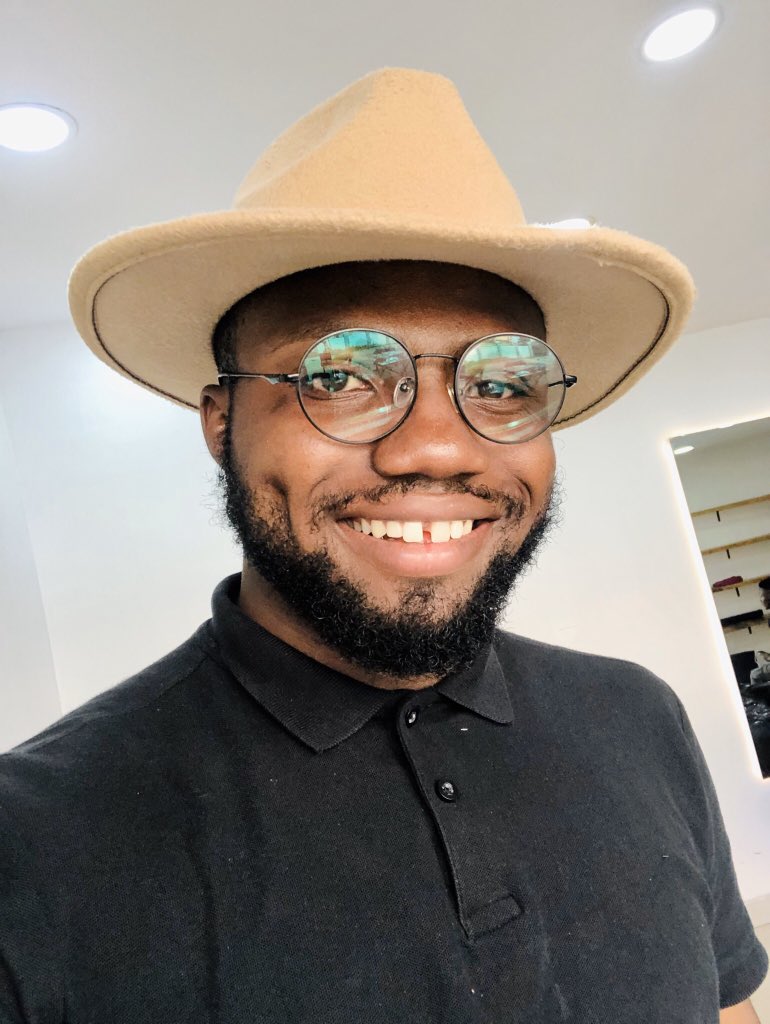 Early this morning, at about 4:00 AM, I woke up abruptly (This is not normal, because I always wake up later in the day). Immediately I woke up, I looked towards the door to my room and someone’s hand on the handle and he was opening the door slowly.

Initially, I thought it was my housemate, so I called his name but there was no reply then I asked: “Who be that?” Still no answer, then this person opened the door and it was some guy I had never seen in my life! I was scared and confused (because I thought it was daybreak)

And we had a visitor in the house, but I knew it was still nighttime, my heart immediately started racing honestly, because I was scared. He was twitching, so I wasn’t even sure if it was a human or a spiritual being. I’m that moment of fear, I remembered the Blood of Jesus!

As we were staring at each other, I shouted “The Blood of Jesus!” and this guy took a step back and guys at that moment I felt this great calm in my body! It was like everything just went back to normal!!! Then this guy asked me authoritatively; “Give Me Money”

I didn’t have any form of cash, so I told him I don’t have any money but I can transfer to him. He said no, that it has to be cash. Guys, I didn’t mention that he threatened to shoot me! But I still had this Godfidence (After I plead the Blood of Jesus) .

As I was telling him I didn’t have money, I moved a little and he saw my phone and said I should bring it. I took the phone and walked up to him and I asked him to allow me to transfer some things from the phone. At this point in time the only thing between me and the guy

Was the partially opened door. Then I just looked at him and the Spirit of God spoke through me and I asked him “You go chop food”, this guy looked at me for a few seconds and said I should go back to sleep! I was first surprised and I kept saying I’ll cook food for him

But he obliged, at this point, I was begging him to eat. But he just kept walking away from my room towards the kitchen where he broke in through and said I should just go. I went back to my bed and sat down for a moment and then went back to the parlor and he was still there

Just walking around, I asked him again to eat and he just ran out the back door ad jumped the fence where he came through. Guys, this was how God saved me and my properties earlier today!! You can’t tell me it wasn’t God because there’s no other explanation.

The Wisdom of God surpasses all! I could’ve dragged or fought with him because he even looked young. But I allowed God to take control, I have never experienced anything like this in my entire life, and in a way, I am really glad I did. God has shown me that He’s always in place to

Protect His Children! The Blood of Jesus that was shed is beyond our wildest imagination and the Name of Jesus is the most powerful name you can ever experience in your lifetime! I mostly pray for Divine Protection every morning when I wake up but I didn’t even pray yesterday.

This is evident that every prayer we ever render to our Heavenly Father, He Listens!! I’m really glad I had this experience and I just want anyone out there who has been in doubt to please come in to believing that Jesus is Lord and Lord of all.

And at the mention of the Name of Jesus! Every knee must bow! The Blood of Jesus not only washed away our sins but is readily available at every point of need in our lives. Please do not hesitate to plead the Blood. All Glory to God the Most High!”, he tweeted.

READ ALSO:  COVID-19: Was Nana Akufo-Addo Pressured By The Comments Of The NDC to Introduce Free Electricity?

Derek Chauvin, the officer involved in the death of George Floyd, has been arrested and charged with 3rd degree murder

Barack Obama issues a statement on the death of George Floyd