A man suffered an accident that nearly cost his life. Thankfully, he survived and met the love of his life…

A man suffered an accident that nearly cost his life. Thankfully, he survived and met the love of his life on his sick bed.

Anthony T-man C-J was travelling in September 2017 when the car he was in was involved in an accident in Ife. He was badly injured in the accident and was admitted for months.

READ ALSO:  ​​​​​​​Marijuana should be legalised in Ghana – John Dumelo

Anthony suffered a fractured femur on the left leg and a deep gash on the right. Both looked horrifying and he had to undergo surgery five times.

First, there were fears for his life. Then, it was feared that he may lose his legs. Fortunately, none of the fears materialized. 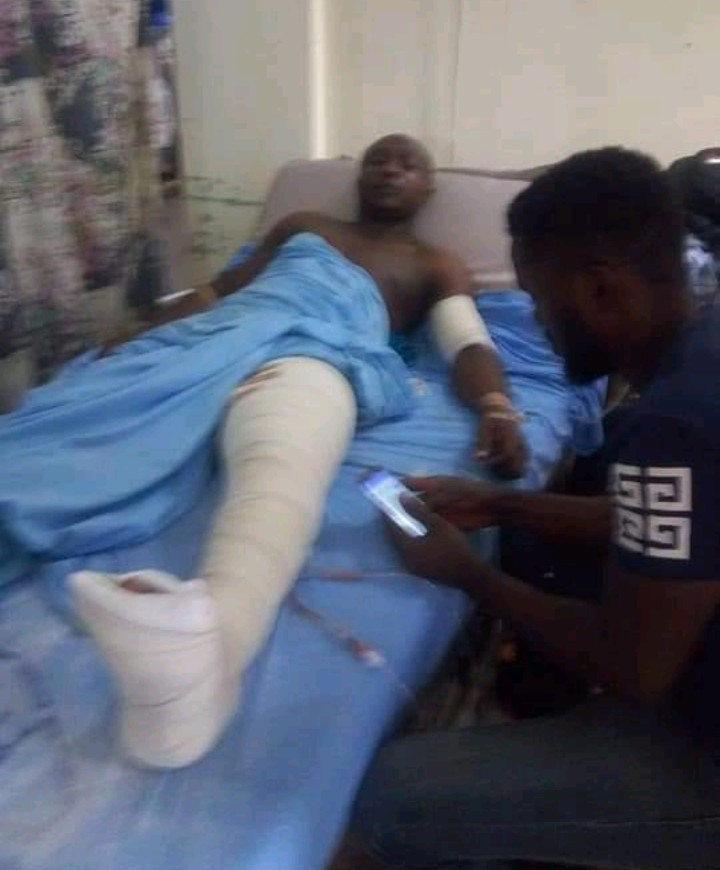 Not only did Anthony recover fully, he went on to get married to Vivian, a nurse who took care of him while he was admitted at the hospital.

READ ALSO:  If your marriage fails it doesn’t mean you are a failure. - Yul Edochie 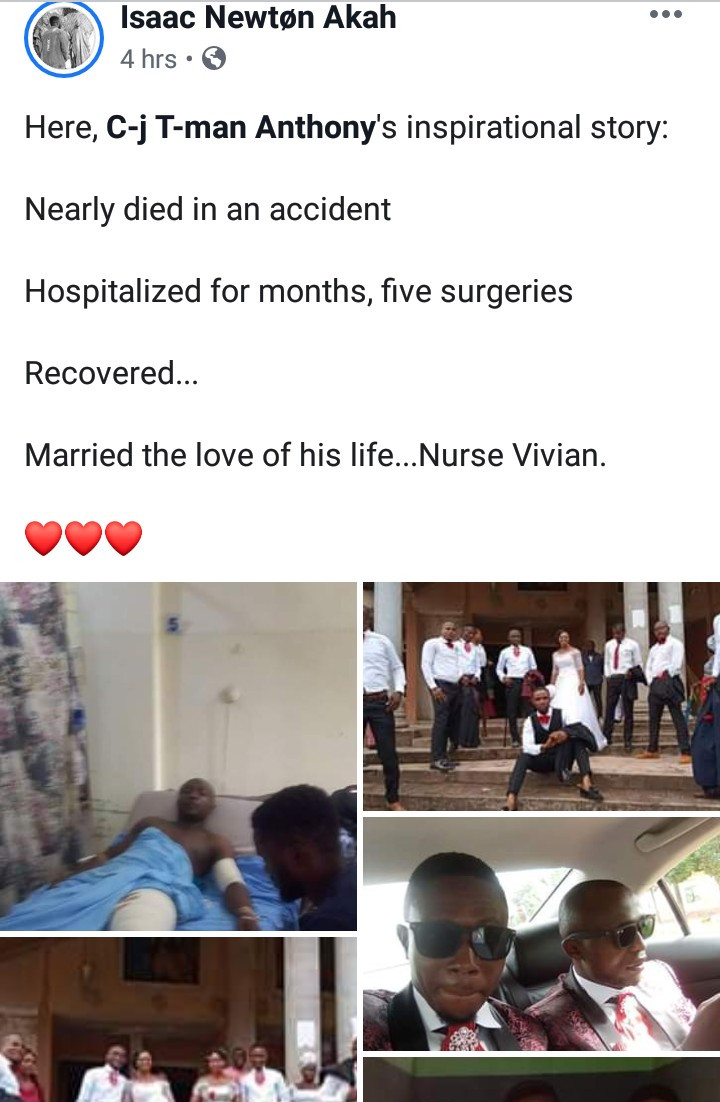 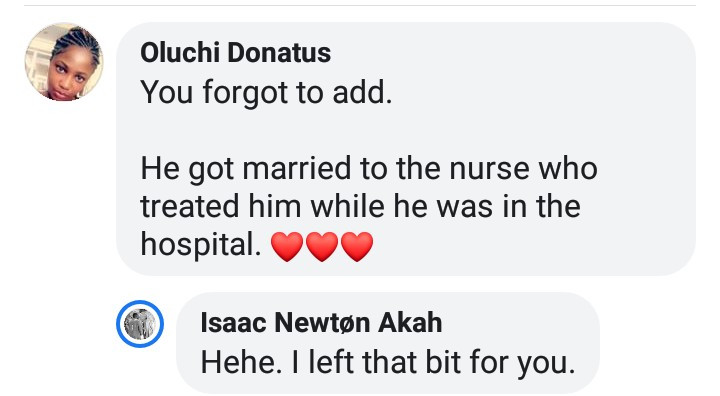 ‘I am a proud Ashawo. I use it to take care of my bills & entire family’ – A prostitute with ‘Pot Belly’ declares